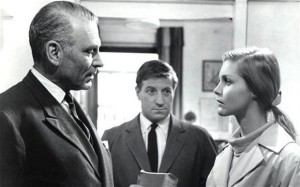 Ann Lake has just moved to London with her daughter Bunny from America for a new life. Her brother Steven is living in the city as a journo but is missing his sister and calls her over. Ann hurriedly dropped her daughter Bunny off at her new pre school in Hampstead. Ann is moving into a flat and must meet the movers. She leaves and later goes back to collect Bunny at the end of the school day, only to find that Bunny is missing. She is shocked and panics, the police are called and questions fly. Where is Bunny? Was she kidnapped? Does Bunny exsist? 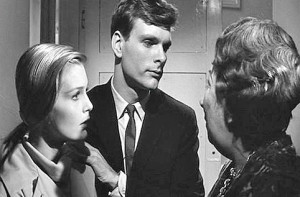 Otto Preminger makes a darkly absorbing film about the underlying problem of society of the 1960s London. It plays on magnetic and complex ideas that are powerful and resonant. Merging ideas of pyschological imbalance, motherhood, different gender siblings, Incest and immigration. Class is undertoned here, ownership of a person because of a relationship is also blended, sexual desire and control of a person is also hinted at. The film works with the same excellent understanding of measured tension and bleak tone like Premingers other remarkable film Anatomy of a Murder. 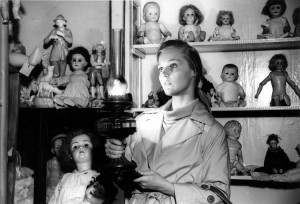 Now I was astonished to find out how it was crafted on release. It was placed on an exclusion of entry after the start of a performance. So if the film had started, you were not going to get in… This is a way of making the film exclusive and it builds a tension to the extreme. No one could tell you what was going on during the event and you could only see the experience in its whole, in its completeness. It became an experience and it makes the ideas within the film whole enough to resonant to the viewer. This cant be captured now but is compelling in understanding the films power… 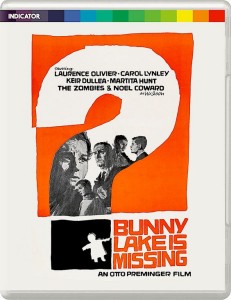 So the film looks stunning and the commentary mentions much of the above so that is grand. It is great and clear and filled with such detail. Score is subtle and well worth listening on its own for how nice it sounds now…The booklet has a superb essay….