The Perfume of the Lady in Black Blu Ray review 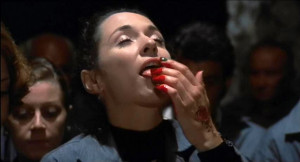 Sylvia is a well known and respected industrial scientist in Italy. She owns her own company that is developing resins and oils to help industry. It also has the power of government behind its research. Sylvia also has a very difficult personal life. She has visions and images that others don’t see. Her partner and friends are worried but are also confused. They feel that her problems are matter from her past trying to surface and out. Sylvia family background is unknown but is very complex and fractured. Sylvia remembers some of this in her nightmares and daydreams. Her father was a sailor and disappeared on the high seas. Her step father was a drunk, hitting her mother and trying to abuse her when he has a chance. Her mother died in suspicious circumstances though it is considered a suicide. When these awful and troubling  hallucinations begin to tip her over the edge, what will happen next? 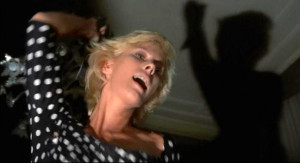 Giallo can be a dreamlike adventure through psychology and philosophy. In its best moments it can produce an amazing series of questions and theories. In The Perfume of the Lady in Black we have a film that is using the former to unwrap a character who is on the surface, normal. Truth, memory and sexuality are all conversations drawn out here. Running away from your own life and legacy is hard enough. When you come from a damaged place, it is impossible. Visually powerful in its use of colour, light and dark and framing. It pulls you this way and that. Tense in its execution, it sometimes misses a step but overall is powerful. Tragic and dense in places, I found it blindingly powerful in places. Its tone can be very dark and that is sometimes difficult to bear. However it is essential to have this. It needs this because it is hitting at the chest. It is making you see that the ending is a shocking unexpected twist. 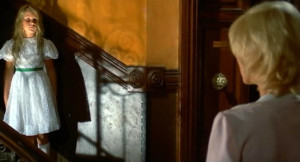 So the Blu ray is great. The transfer looks great, glowing from the screen. The colour sequences finally seem filled with primary tones. This allows the film to have moments of scarlet delight and psychosis elements to shine out.

The notes are also very good and Must be read in order to understand the film and the genre with a clear and developed eye. 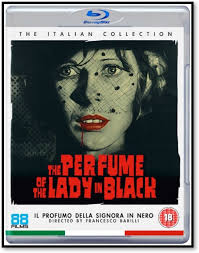