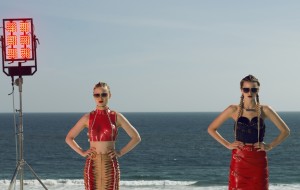 Following Drive and Only God Forgives, Nicolas Winding Refn returns with the stunning nightmarish vision that is The Neon Demon, an incredibly powerful, compelling and outrageous piece of cinema. From the opening scenes, to the beautiful closing credits (with an original song from Sia), The Neon Demon crawls under the skin of the audience and never gives. It’s a stunning film that is often nasty and self aware – shallow in the best sorts of ways.

Jesse (a subtle leading performance from Elle Fanning) moves to Los Angeles to begin a modelling career but her life starts to take a violent and unexpected turn when she learns that the world she so dearly craves is filled with women so beauty-obsessed, they will go to any lengths in order to survive.

Where Drive took audiences into a noir style crime underworld and Only God Forgives referenced a kind of extreme Asian cinema long gone from our screens, The Neon Demon instead recalls a sense of satire and style, a knowingness that only someone as masterful of the craft as Refn is, can create. The Neon Demon is Refn’s own riff on the stories told in Lynch’s Mulholland Dr. and Cronenberg’s A Map to the Stars. 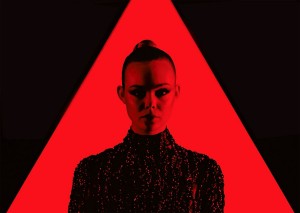 (following Drive and Only God Forgives), who provides an excellent electronic sound to the film, heavily invested in melody but adding to the incredible personality of the film. This mixed with the moments of abstract surrealism or terrifying violence make The Neon Demon stand out as one of the most unforgettable films of 2016.

Another element to The Neon Demon are the fantastic performances that Refn brings out from the entire cast – Fanning shines on screen but the trio of Abbey Lee, Bella Heathcote and Jena Malone is often shattering, uncomfortable and deeply affecting. The four women on screen have excellent chemistry and their hatred for one another burns so brightly.

All in all, The Neon Demon is a masterpiece of 21st century cinema. It’s evocative and dividing, unwilling to fall within any boundaries set by film and quite happy doing its own thing.