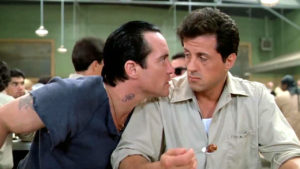 A 4K release of a classic slice of cult dross is always a chance to enjoy the question, has it benefited from the superior upscaling? LOCK UP surfaced in the late 80s in cinemas and I saw it first on VHS in late 1993. It was released alongside a series of star films, lead by big names from the 80s tough America circus. Sylvester Stallone was one of the biggest on the parade. He made his name with ROCKY and RAMBO but by this time was starring in films like TANGO AND CASH and COBRA. Stock and trade action films. LOCK UP. 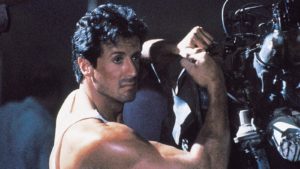 Frank Leone (Stallone) is a skilled mechanic from New Jersey. After saving an old man from a group of gangsters, he is sent to a low security prison. Nearing the end of his sentence, he is allowed to spend time outside with his girlfriend Melissa. One night guards arrive in his cell and drag him to a brutal maximum security prison. This is run by Warden Drumgoole (Donald Sutherland). Drumgoole was boss at Treadmore Prison. Leone escaped that and noe Drumgoole wants revenge for his escape. 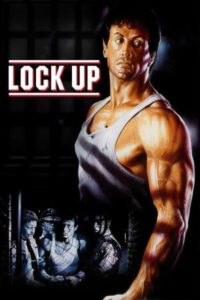 Stallone stated on the films press circuit that it was an ‘immature film’. What I think he means (or at least how I read it was) is that LOCK UP really is a work in progress. A simple story (serviceable enough) with a spread of conventions from the genre. We get brawls, escapes, action, muscle, violence and this is all fused together without much in the way of creativity or forethought. Stallone grunts and turns to the camera, he is all muscle and no range. By this time he was a caricature of what an 80s American hero was. Now I am not saying that sometimes we do not get something interesting. Because we get glimpses of something. The car building scene is clever and feels like the editor and director worked to the visual strengths on hand. No the film itself is a safe bet. It sticks to 50 miles per hour and never pulls to the slow land nor the fast lane. Not a bad thing but the problem is that this is being sold as a ‘cult’ film and I feel this lacks the range of a good example of that. 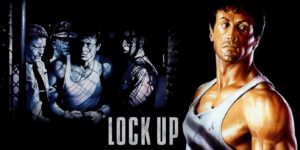 The 4K added nothing exceptional to the film either visually or as a refresher. I simply dont understand why it was given this and to which end was it to be used.

John Amos interview is the best thing here. Nothing more or less