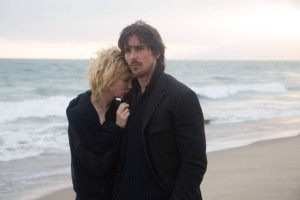 The life of Rick an influential Hollywood screenwriter veers from work to parties. He meets women who want him for his fame, men that want his talent and agents that want his money making capacity. The problem is the decadent Hollywood and the work is being used by him to hide away from the loss of his marriage, his very difficult relationship with his father and his alienation in the modern world. As he wanders the void between realms of alienation and integration he meets a woman that will bring him to life and maybe he will find the truth of everything he is searching for. 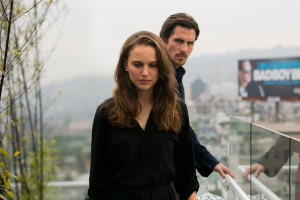 Terence Malick splits the audience and crowd. Some see his films as heavy tomes to art, the self and exsistence. Others like myself see Malicks films as essential and the last castle, standing tall against Hollywood bland. Knights of Cups comes on the back of Malicks harshly criticised film ‘To the Wonder’. This film, like that previous film and his Cannes winning ‘Tree of Life’ is again the challenger, standing up to the rigid form of narrative cinema. Malicks film floats through its narrative and refuses to simply tell its story. It blends time, space, idea and emotion into a visually playful space. 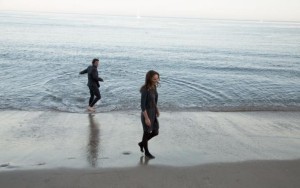 Now this is not all that is in ‘Knight’. We have visual splendour and narrative complexity. We also have a discourse on the meaning of living. Living in a space that is both over whelming and hostile. That space also can become an empty well, run dry from empty hedonism. Also discussed is the pain of being disconnected. The pain of being pushed out of the space of safety into the space of disenfranchisement. You find yourself stuck in this eternal void of living and being. The void is the body outside of the soul, so to speak. Living to the functions as simple as eating and drinking.

Bale handles this extremely well. He is an actor of rich talent and craft, who will sadly be associated more with those dull ‘Batman’ films then the more powerful and measured performances. His bewilderment at living in the world of Hollywood decay is awesome. I feel Malick and Bale were in synergy with this film.Also good are Blanchett and Pinto. Blanchett plays the wife and gives us the measure of a woman run empty by life. Pinto is sexy, stunning and flirts with us the viewer. She is also wise enough to balance this teasing self with vulnerablity. Amazing. Performance and themes have just been touched on the surface here but it stands tall enough and is a must watch.

The disc itself has a featurette which has some insight. A red carpet that is interviews from the leading players and a Press conference that is the best of the extras bunch. The film is the reason to buy…