It 1953. Snow has encrusted Moscow. Conspiracy has been cried by the state. Known as ‘The Doctors Plot’ it is an attack on Jewish doctors in Moscow.General Yuri Klensky (Yuri Tsurilo) finds that he has become a target and he must evade those who want to take him to the Gulags of infamy and horrors. HARD TO BE A GOD director Aleksei German 1998 Cannes film favourite KHRUSTALYOV, MY CAR!, has to be both the must see release of this month (neigh this year) and the hardest to clarify as a film for an audience. Some have watched this lengthy, politically savage story of the ‘Doctors Plot’ or the anti semetic plot that Stalin oversaw to destabilise any resistence against him. 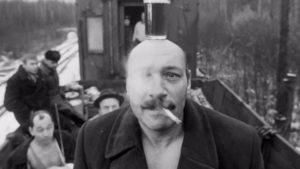 Some see it as a drama like BURNT BY THE SUN, however I might think it is something totally different. It was for me a delightful jet black comedy, read pitch black that is. Or maybe it is as great a sardonic slap in the face to any nostalgistic for pole politics, akin to THE GREAT DICTATOR or DUCK SOUP.  I could make a suggestion at this point. I knew nothing of the events that underpin this film but Diagnosis Murder : Jonathan Brent on The Doctors’ Plot should be the starting point of anyone wanting to undertsand the events that shaped this awful event. Reason being is that you need to understand the building torment that the film is exploring prior to understanding what German film is extracting. 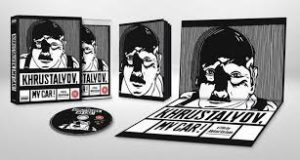 Having never seen the original transfer, I could only go on the pre and post 2K restoration images. The standard to which Arrow have been setting recently is very good. Sadly I felt that some of the clarity, fog, light blur and mist on the image has not set this as an exceptional transfer. It does have a few moments of stunning capture but overall it is not as outstanding as previous releases by Arrow. 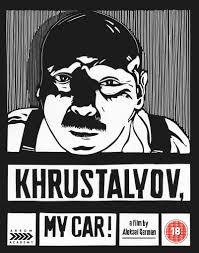 The top three (excluding Diagnosis Murder which is stunning) are as follows Between Realism and Nightmare, film critic Eugénie Zvonkine video essay does not only discuss the film but examines Russian cinemas hangover with Stalin and the Soviet era. Aleksei German, the veteran film historian and critic Ron Holloway is the best of the interviews (there are two). Holloway is a more interested film critic. He makes film and I feel that makes him probe deeper into German ideas, framing and most importantly, direction of the subject and script. Daniel Bird commentary though it runs on sometimes and seems to go over details I found Bird more often clever and clear in the films creation. He deserves a second attempt at it though.