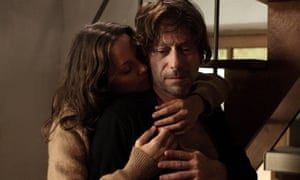 Arnaud Desplechin drama about lost love and the legacy of love, is released on Blu ray in the UK.  Ismael (Mathieu Amalric), is a filmmaker with a respected following. He is preparing to direct his new film, when his wife (Marion Cotillard), who has been missing and he believed had died twenty years previously. Now she has mysteriously come back from the dark recess, his current girlfriend Sylvia (Charlotte Gainsbourg) attempts to help Ismael hold on to truth and hope as his personal and professional life spins out of control. 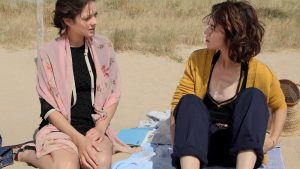 Emotional despair, often as a result of love has been the stock and trade of literature and serious cinema for generations. Ismael’s Ghost seemingly doesn’t avoid the packaged conventions of the genre. Desplechin I think was almost bolstered because of this. Though classic genre themes are submerging the film, we also have modern infusions. Take the subtext of toxic female roles. This is handled coherently and tightly. Never being excessive or over burdened. Nor does it have any superfluous or excess written content. 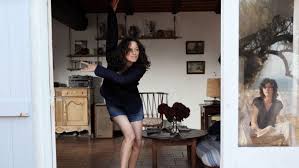 Conversation are elliptical and pull on emotional tension. Movement and framing is succinct. Angles seem to be held in order to maximise the moment and minimise the need for dialogue. Bodies are placed both in deep and shallow focus. Near and far. No need to cut, hold a two shot and explain the relationship, the power play or the under handed animal battle. The theatrical 94 minutes speeds along. Sticking fast to dramatic sexual dynamics. Even the directors cut hinges on this lack of fat (running at 132 minutes that says a lot.) 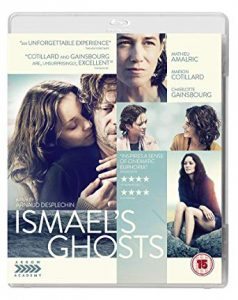