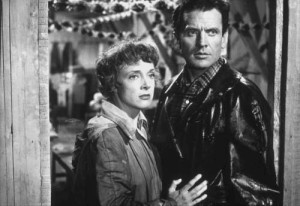 Remote outcrops are places of small towns, windy swells and solitude. This Isolation and loneliness is not only a route to despair however. it can also be a route to loving yourself and opening the door to others. It can allow you to be of service to others and this in turn can fulfil your desires and reinforce your soul. Well at least that is what the final film of legendary French film director Jean Gremillon proposes. The Love of a woman is a heartfelt and visually majestic film that might not settle all its debts but certainly is a major piece of feminist cinema, with even claims to the crown of art. 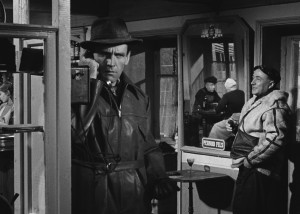 When Marie (Micheline Presle), a doctor from the city moves to remote island of Ushant, she does so to start again. We do not know for sure but a man is involved. A photo of him briefly passes our eyes. However another man comes into her view (Massimo Girotti), wanting more from her then just a smile. Marie only friend is a matron teacher who gave up love for service to society. This throws up issues of independence, sexuality, respect and vocation. Marie wants to be a doctor and is good at it. However it is a back water and the times are still Paternal. Marie wants love but she wants freedom. She wants to direct her own life. 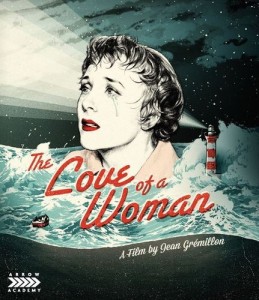 This conflict might have been why she had the previous breakup. It also might be what she has to reconcile. Made in the 1950s (1953 to be precise) it ushers in the post war French attitude to woman rights and this representations in cinema. It is bold sometimes and frank. It also uses the visual canvas with skill and passion. Take the sea and the storm. Pictured with dreamlike beauty. The fog horn that allows for the storm and swirl in Marie heart to rupture. It also reflects the light house in the distance. Is it alone at sea or is it at one with it? It does lay out a case however equally that makes it feel unsure of its politics. Take the weakness in servitude in the case of the teacher that could be read as a critique of working for society. The church is seen as the drain on society and its enforcer that was a position popular at the time. This can jar to an audience that expects the post to be set out early and to it being fixed. Not waving around. Forcing us to ask and to think. Stand to an opinion and stick to it.

The Blu ray looked okay enough. The age of the film means that the grain will be present and I hate those that hate this. 1080p is fine for this presentation. The documentary is outstanding and excellent. A fresh eye on a film maker that was until recently, kept away from eyes of the mainstream. The booklet is also great, for as long as it is around. That however is it…