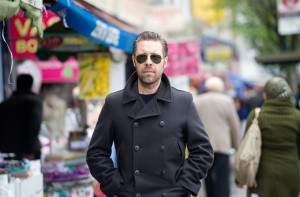 Honour killings – where a family kill one of their own for fear of being dishonoured by their actions and/or beliefs, might not be something we are overtly aware of but as Shan Khan’s new film Honour states in it’s opening frames, it’s more common than you might think. From the offset the film seeks to bring light to this brutal tradition though ultimately ends up squandering the seriousness of the subject for the thrill of the chase.

Aiysha Hart stars as Mona, the rather unlucky daughter of a chillingly stony and intensely religious Mother, played to an almost psychotic perfection by Harvey Virdi. Risking shame on her family she plans to run away with her passionate boyfriend Adel who seemingly gets cold feet at the very last minute causing her to make a choice, go home and face inevitable mundanity and, perhaps, wrath of her family. Without giving too much away… she makes the wrong choice and attempted murders aplenty ensue.

The performances of the actors seem a lot more informed with context than the audience. Characters backgrounds are barely 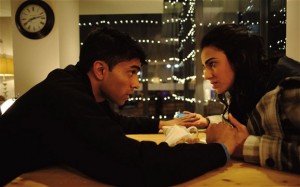 touched upon, which leaves one feeling quite ignorant. What made the family so extreme when the deceased father is perceived as to have been quite empathetic? Her brother Adel is a very convincing lost and confused soul in a tirade of contradications, as performed by Shubham Saraf, though the purpose behind his sudden changes in loyalty and lack of emotion at some times of turmoil, and not others, goes unexplained. I found myself with more questions that answers. Paddy Considine’s nameless hitman’s only backstory seemed to come from wordless flashbacks and poignant stares at tattoos, the non-linear plot not helping at all.

That’s not to say the film wasn’t a thrill. Nikesh Patel as Tanvir, the would-be victim’s brother is tremendous, relishing each chase and embracing each challenge with the true menace of a brainwashed mad man, who so comfortingly is also a policeman. Paddy Considine, of course, shouldn’t be overlooked as the ex-white supremist assassin who from the offset seemed to be falling off his pedestal with the guilty grimace. Considine embraces the bad guy inside while giving you the inkling he might not be so bad after all, it’s nice to see again after the amazing Dead Man’s Shoes over ten years ago. 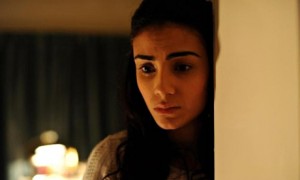 Khan’s directorial debut isn’t as deep as it tries to be, though I look forward to his next thriller as he’s certainly got the intensity of a good chase quite right. It’s be great to see on a bigger scale than a town in Wales, sorry, I mean West London can offer. From the woods scene, I’d warrant he’d make a good job of a particularly stabby horror too, though a bit more explanation into the miraculous recovery of the victim would be great.