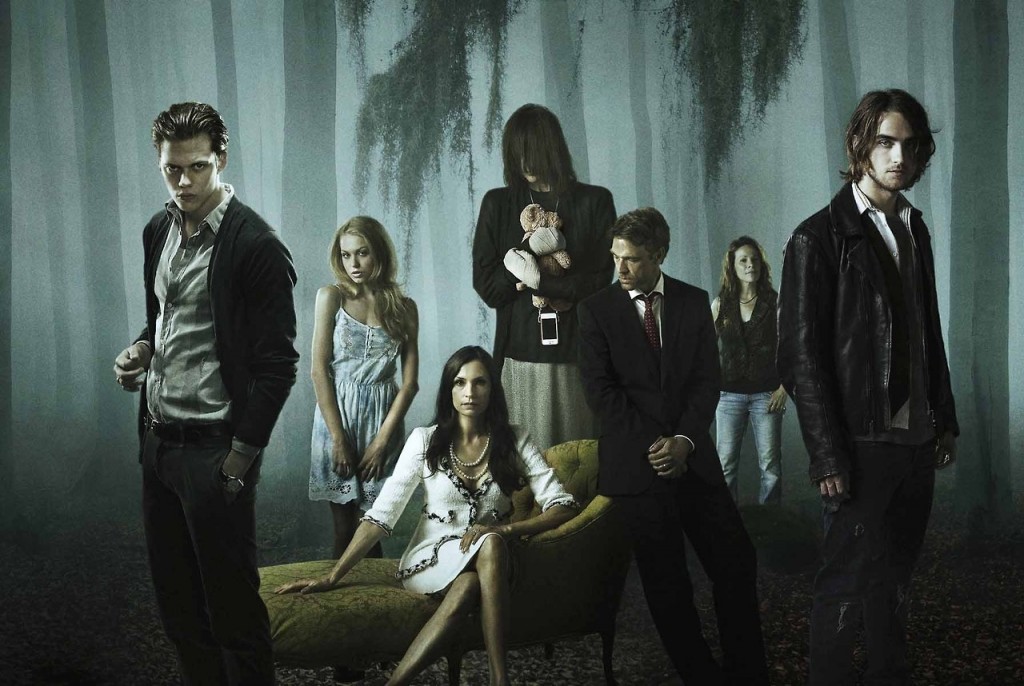 Of the accolades one could hope for having produced a television series, Time magazine naming you among the worst shows of the year is not among them. Hemlock Grove is, however, deservedly becoming commonly held to be Netflix’s first dud. This mess of supernatural horror/teen drama will at best be enjoyed after a couple of glasses of wine on a Friday night, when after a week of work you’re up for some nonsense. But even then most will probably tire of it’s inanity.

The interesting thing about Netflix’s programming is that releasing an entire series at once has led to a very different style of television production. One of the novel aspects is that Netflix’s shows don’t go through the standard critical barraging that normative airing necessitates. For a show like House of Cards this has turned out to be a blessing. Said show didn’t need to rush its introduction of characters or narrative, allowing them rather to develop naturally and dramatically over the first 4 episodes (which audiences tended to ‘binge-view’). Conventional airing necessitates a certain level of pacing that would have resulted a very different series, quite possibly to the shows artistic detriment.

Hemlock Grove is, conversely, an example of the pitfalls of Netflix’s revolution. A conventionally aired episode of television is scrutinised by audiences and critics every single week, and they can directly respond by not tuning in or providing bad press. The show lives or dies on these reactions and, by this process bad quality television is usually filtered out. Due to the entire series being released in its entirety, however, Hemlock Grove‘s lack of quality was never put to the test by this gauntlet of weekly airing and the show was therefore allowed to run amok. If House of Cards is a fine glass of scotch that has matured to excellence, Hemlock Grove is a dozen shots of sambuca – almost everything about it is wrong, but you might enjoy yourself regardless.

The story begins with the mysterious murder of a young woman (which prompts the entrance of a mysterious special agent), as well as the arrival in town of a mysterious pair of gypsies who take up residence in a deserted trailer nestled in the woods behind a mansion owned by the mysterious Godfrey family who rule over the former steel town of Hemlock Grove. The Godfrey family are made up of the seductive and arch matriarch (Famke Janssen), her rebel-without-a-cause son (Bill Skarsgard) and her mute gentle-giant of a daughter (Nicole Boivin), who has one enormous eye and skin that glows blue. This, then, is not only a ‘whodunnit’ but also what might be called ‘whoiswhat’.

The shows range of influences are blatant (the Godfreys bare more than a passing resemblance to the Adams family), not least of which is Twin Peaks (the death of a girl, the entrance of a special agent, the small town dynamic, the supernatural occurrences). To compare it to that show, however, is unfair. Whereas Twin Peaks boasted vast originality and was populated by characters who (if unconventional) felt mostly genuine, Hemlock Grove is packed with cliché, faux-profundity and 2 dimensional characterisation. Twin Peaks was somewhat believable despite all the eeriness and demons, which was at least in part down to the fact that there was actual distress amongst the locals after a teenagers corpse turns up, as opposed to the flippancy and near-indifference of Hemlock Grove’s residents.

Now the show is not without certain qualities. First off it looks pretty darn good, the performers and their surroundings alike. The town is full of brooding teens and effectively ominous sets (Peter’s gypsy trailer-home and the ever-present Godfrey tower are two examples). And there are some incredibly chilling moments, including one of the most visceral werewolf transformations I’ve ever seen (I feel it can sit among the likes of An American Werewolf in London). Thematically the show is not without ideas – metaphor and symbolic imagery abound and the Gothic tropes allow for moments of contemplation on human nature and small-town social nuance.

Most of the performances are eminently watchable, not so much for the acting which is often clunky, but more by the hope that some of them will be picked off. Amid the typical crowd of cheerleaders being picked off, however, lies the friendship between gypsy Peter (Landon Liboiron) and rich Godfrey heir Roman (Bill Skarsgård), which is one of the strongest assets of the show. Almost none of the rest, though, are really fully fleshed-out characters. This is partially down to the script which appears to tear up the rule book without ever laying down a new one, but the performances too are full of unnecessary beats (perhaps an attempt to drum up unearned depth) and a lack of credible emotion.

None of this is helped by the fact that it’s pretty unclear what kind of world all this exists in. Not only is the increasing death count treated with relative frivolity, but I found myself continually questioning whether the supernatural occurrences are commonly known about and/or accepted? And, for that matter, in what era is this all happening? Unbelievably, all this ambiguity is present despite of the fact that the dialogue is frequently full of blatant and clunky exposition and even occasionally characters informing us of things that we already know. The show doesn’t give its audience an ounce of intellectual credit – often flashbacks will ensure that we’ve made narrative links that a 2 year old would have clocked. This is particularly true of the dream sequences. Ignoring that fact that they really don’t look or feel at all like dreams, the symbolism is all so explicit as to render them boring. At one point a basic metaphor is literally explained directly to the audience.

There are interesting moments, but at these points the show has a tendency to take itself far too seriously, before proceeding to slap you round the face with something hammy (a schlocky death or something). In short: Hemlock Grove has been crafted with creative laziness and/or incompetence, plain and simple.

Perhaps if the show-runners had recognised the series for what it is – a cheesy R-rated supernatural romp – and treated it as thus, it might have been a winner. As it stands, it’s a not quite camp enough mixture of ghost-stories and teen angst with a pretty underwhelming final reveal. Despite all this, though, I can’t deny it was entertaining in places. 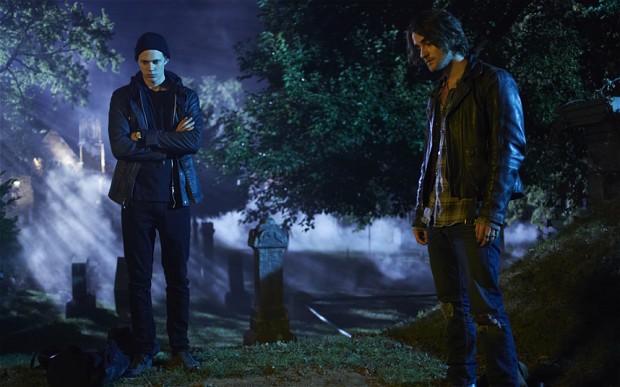