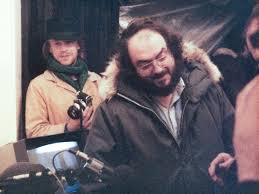 I am sorry but did this person do anything extraordinary? I guess this is how anyone else would have approached the film I am watching. Some of you will scream at me ‘cynic’, No. ‘Jealous’, possibly. Bored, ‘Mostly’. Leon Vitali is a Film Worker. By his own admission that is what he is. He did everything to get the job done. So do thousands of unsung people who work hard, tirelessly to get their work done. Some have crafted the computer you are staring at, Some crafted the machine that brewed the coffee you are drinking and a few ordered the language you are reading. Why do we not hear about these people? 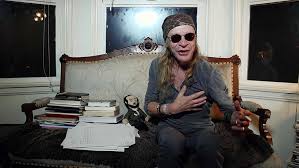 Well It seems to me that the reason is a human being labelled the greatest film dictator, sorry I mean director of all time. That person is Stanley Kubrick. He made arguably some of the greatest films to be shown on a screen. Leon Vitali was in front of a camera for one film and then behind it for three others. This documentary charts that course, his relationship with Kubrick and his associations with others in the industry. 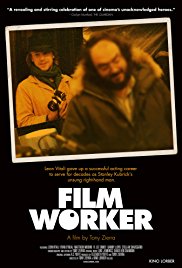 Its sycophantic in places to him. It hails him as some sort of demigod, who near sharing of oxygen with Kubrick makes him so exceptional. This miasma is the problem with modern film in the fringes. We do not look to be inspired and then create, we simply stand around and act in a fetishistic way. Leon Vitali is not a Hercules character. He is no cinematic behemoth. He is a nice man and a hard worker but he is not the reason that Stanley Kubrick was a genius. Nor was it the reason why we need to cross the street, read the book or watch the film about him. He is one of many. One of very many that have met or worked with (sometimes in close proximity for many years) exceptional people. His story is not about cinema as a wonderment. It is about cinema as a product to be sold by virtue of a tenuous link.