A lot can be said in regard to our relationship with technology,sexuality and the  extreme blur between. David Cronenberg began  the modern conversation on this with VIDEODROME. Director Olivier Assayas continued that conversation with DEMON LOVER. Part onslaught of visual images, part neo noir fable, it is a heck of a ride inside the mind of a being obsessed by and consumed by technology. 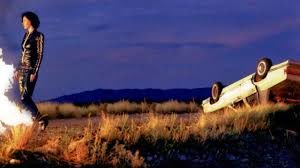 The idea itself has been done to death. Many filmmakers obsess over out interaction with technology. When it becomes interesting is when it either makes fantastic this (The Matrix for instance is one) or it disjoints this narrative(VIDEODROME). DEMONLOVER falls into the latter. Blurring the desire of beings to achieve, with the idea of technology as sexual device. To gratify, the agents have to control sex via products. 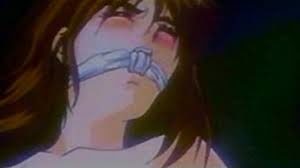 The powerful thing is it disrupts the connection between user, product and supplier. Now Olivier Assayas film fails often to grasp firmly what it is reaching for but when it works best, it is brilliant. The discourse on consumption of graphic, violent  and the sexual images of the hellfire club in particular are well contained and asserted without any let up. Overall its a sustained, difficult but often compelling watch.

2K restoration has done little on the ramping up front. The low res images from its 1080p shooting haven’t really been spruced up.

The best three things on the disc?

Well the commentary from Assayas is a data dump of ideas, themes and camera placements. He talks and talks. Q&A with Olivier Assayas is more coherent but less fun as a result. Finally SY NYC 12/12/01: The Demonlover Sessions. For music fans, its a rolicking piece of film music doc stuff.