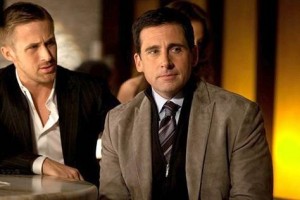 A charming romantic comedy, Crazy,Stupid, Love pokes fun at the tired old conventions of Hollywood whilst creating a series of absorbing and likeable characters.

It follows Steve Carell and Julianne Moore’s married couple who are on the brink of divorce. Disheartened and alone Carrell frequents local nightspots where he meets Gosling’s Lothario who teaches him everything he needs to know about seducing the opposite sex.

Gosling steals the show, illustrating that he can do comedy just as well as he can drama. His smooth womaniser has all of the best lines and was surely the best dressed character of 2011. Carell is also on top form playing with a far more subtle comedic performance than usual but is none the less a pleasure to watch. Marisa Tomei is also fantastic as a borderline psychotic teacher and Emma Stone as the girl who Gosling’s seducer falls for.

The plot itself for the most part works, poking fun at conventions to create a far more believable interpretation of modern love and relationships. Despite creating some extremely humorous situations, it still manages to remain heartfelt. Sadly however it falls into the same trap that Friends with Benefits did, turning back to conventions in the last third as it resorts to cheesy montages and dramatic gestures. Thankfully this does not distract from the rest of the film. 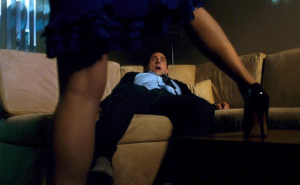 The various plot strands certainly work together as we see characters go in and out of each other lives before they all become directly linked in a showdown which rivals the screwball comedies in its eccentricity. Nearly all of the strands work well together, carrying similar themes. This is all except the storyline which follows Cal’s (Carell) teenage son as he falls for the babysitter, which seemed somewhat juvenile compared with the other more mature storylines and added little.

Crazy, Stupid, Love is a highly enjoyable two hours and surely has to be one of the best Rom-Coms of 2011. It’s very honest portrayal of contemporary relationships is refreshing as is the spot on choice of casting.