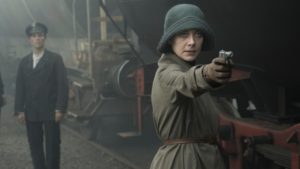 BABYLON BERLIN, discribed by various publications as ‘Brilliant’, ‘Irresistible’ and ‘Has Everything’. Whatever they mean by this is anyones guess. What I saw is a series that brings to life an age bereft in little but financial progress. Charting the last years of the Weimar republics rebellious Berlin, the series looks at the political conflicts, cultural rebellion and sexual progression of the age. We stand in the footsteps of Gareon Rath (Volker Bruch). A police officer from Cologne, now transfered to Berlin to work vice. His partner is the old at heels Bruno Wolter (Peter Kurth). They work in an ever increasingly unbalanced relationship. Rath prefers Charlotte Ritter (Liv Lisa Fries) who is more than a stenotypist. She becomes his side kick of sorts. Together they will reveal a deep conspiracy, of pornography, sex, violence and illegal actions. All with the mix of National Socialist criminals and Soviet Communist agents. 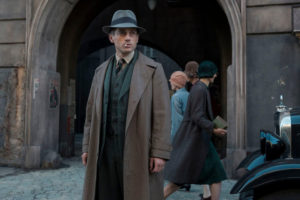 1929 Berlin has provided to be a rich seam of inspiration for the visual arts indeed. It has inspired the varied works of such authors as Jason Lutes and his graphic novel BERLIN. Film maker Fassbinder and his series BERLIN ALEXANDERPLATZ, which observed the misery that enveloped the city. Then finally of course the musical masterpiece CABARET, that charted the growing Nazism and the decadance of the era. One thing that connects all of these (and any of the works on the period) is the political choas, which erupted at the time. 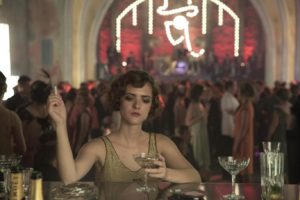 With some of the previous works mentioned, the period has been treated as currency. This being the currency of political commentary. BABYLON BERLINs backbone (and story arch) is also underpinned by this. In these time of extremes, it is important to note this. The surface of pornography, crime and smuggling are secondary to that political discourse. The series is visually wonderful. Accurately playing with the periods mise en scene.

Has a keen ear for the sounds of the period and even addresses the myriad ways of employment, sexual politics and enjoyments. But its focus is never far away from the upheavel. The struggle for democracy. The challenges to normalcy by the hands of extremes. Riddled with lies, counter factuals and half truths. That is what everyday people had to navigate. BABYLON BERLIN is astounding in how it never wavers. Something less monsterous and you suspect it would have averted its eyes. Instead it meets the challenge head on.