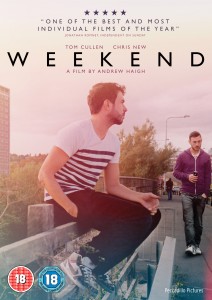 In a world of changing methods, the film industry has been majorly hit in the past years with decreasing DVD and theatrical sales due to new technologies online and new ways to watch your films. In a move against the torrents and pirates online, many film distributors have started to integrate VOD sales into their methods – as a way to target the online generation, legally.

To this end, find on Front Row Reviews, a selection of films over the next few weeks coming from Peccadillo Pictures – all in their VOD department, which is up and coming.

On a Friday night after hanging out with his straight mates, Russell heads out to a nightclub, alone and on the pull. Just before closing time he picks up Glen. And so begins a weekend – in bars and in bedrooms, getting drunk and taking drugs, telling stories and having sex that will resonate throughout their lives.

The film was nominated for a selection of awards and won various others including:

Now, for the first time ever, find VOD on FRR – and rent or buy Weekend below.