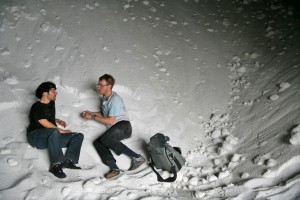 FilmDoo unveils raft of LGBT film pickups available to view on its platform, signs with TLA Releasing. Plans to be go-to place for Queer Cinema.

Six feature films from Chile to Indonesia via Australia and ‘Kidnapped For Christ’, a critically acclaimed documentary about gay conversion therapy, are the latest titles to be picked up by UK and Irish VOD community platform FilmDoo.

FilmDoo has also closed UK and Irish distribution deals with TLA Releasing (Shelter, High Art) and Border 2 Border (Scenes From A Gay Marriage), adding to its roster of queer content from distributors such as Peccadillo Pictures, Channel 4 and Picturehouse.

Other titles available on FilmDoo acquired direct from filmmakers include cult classic The Cockettes (from the directors of We Were Here) and festival favourite One Zero One, a docu-tale following notorious German drag performers Cybersissy and BayB Jane as they tour the international party circuit.

Detailing the shocking experiences of teenagers who were taken from their homes and sent to a behaviour modification and ex-gay school, evangelical filmmaker Kate Logan made such an impression during the film’s production phase that NSYNC’s Lance Bass and Tom DeSanto of X-Men fame signed on as executive producers. the harrowing Kidnapped for Christ picked up the Special Jury Prize for Documentary at the Nashville Film Festival and is currently touring LGBT film festivals.

See You Next Tuesday

Heavily pregnant checkout girl Mona is a constant irritant to her campy recovering alcoholic mother and vulgar lesbian sister. The fact she is having a nervous breakdown is news to nobody, but despite it all, she is determined to have her baby.

Chosen as part of the Official Selection at the BFI London Film Festival, the foul-mouthed, deliriously distasteful See You Next Tuesday was a hit with critics, being compared to Polanski’s ‘Repulsion’ and the comedies of Cassavetes. The debut feature from New York-based filmmaker Drew Tobia, this is a John Waters-esque treat from an exciting talent to keep a side-eye on.

A young hermaphrodite meets a couple recovering from a series of plastic surgeries and learns about pandrogony, when two people merge their facial features in order to reflect their change from separate identities into one whole. Simultaneously, a transgender man falls in love with a young punk and faces the challenges of hormone treatments. These interlocking stories of love and identity present subjects rarely heard of let alone seen.

Chosen as part of the Official Selection at the Berlin Film Festival, it became the first American Film to ever win the Teddy Jury Prize (awarded to the best LGBT film). Exploring the increasing number of ways we choose to love, Open is quite unlike anything you’ve seen before. 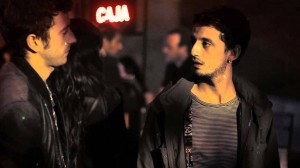 Yermén, a transgender woman who works as a tarot reader in a poor neighbourhood in Santiago is desperately trying to get a sex reassignment. While trying to get onto a plastic surgery TV show she meets a confident woman wanting an operation to look like Naomi Campbell.

Winner of the DOX Award at CPH:DOX, this touching, insightful and at times nerve-wracking story breaks new cinematic ground with its focus on a transgender protagonist.

Parts of the Heart

From adolescent crushes to full-grown heartbreak, Parts of the Heart showcases both the beauty and tragedy of love and all its ups and downs, as we follow Peter, a young boy from Jakarta from boyhood through to adulthood. A big success in its native Indonesia, where director Paul Agusta was nominated for the prestigious Golden Hanoman Award, Parts of the Heart offers a rare glimpse into gay life in a country that has a troublesome history on LGBT rights.

Left heartbroken after having split up with an older man, his college professor, Daniel attempts to recover through starting therapy sessions with his eccentric, agoraphobic neighbour, Paula.

FilmDoo is a unique new transaction video-on-demand platform, which focuses on helping people to discover, rent, stream and share amazing curated films from around the globe with a community of international film lovers.

Having recently launched in the UK the FilmDoo platform already features over 400 titles and FilmDoo have exciting plans to expand internationally. Ultimately FilmDoo aims to be the first truly global platform for international film.