Thor: Ragnarok begins with our hero talking to himself. Or rather, talking to a skeleton. In actuality, of course, he’s talking to the audience, wryly explaining how he ended up in this situation. It’s one of those record scratch, freeze frame, “yep, that’s me” moments – only Thor knows it, uses it, wrings laughs out of it. Marvel has never gone so heavy on the sardonic, esoteric humour, and it’s what makes Ragnarok such a joy to watch. Director Taika Waititi (Hunt for the Wilderpeople) brings a different flavour to the comic book universe, playfully subverting character expectations.

Once he worms his way out of his tricky prologue situation, Thor (Chris Hemsworth) hammers his way back to Asgard, where he finds his brother Loki (Tom Hiddleston) holding narcissistic court. Dragging him back to Earth to retrieve their father Odin (Anthony Hopkins) – with a little help from a Stranger – they instead discover the existence, and impending dominance, of the elder sister Hela (Cate Blanchett), the Goddess of Death. With all three desperate to head back to Asgard, Thor finds himself instead knocked off course and into a gladiatorial match against an old friend who’s revelling in his mighty greenness.

Ragnarok has a lot of characters to juggle, but it has a streamlined narrative that ensures the relevance of their presence is never in question. What’s more, the newbies are delightful additions. Blanchett is having an absolute ball as Hela, a blockbuster presence with a devilish camp that draws on similar unnerving charisma that her Galadriel in the Lord of the Rings series did. Jeff Goldblum plums incomparably around as the Grandmaster, but it’s Tessa Thompson who steals top honours, despite the wobbly accent she adopts. Wearily withering amongst all the comedy, her Valkyrie is a complex mix of romantic interest and action heroine, and it’s through her that the emotional pain of the story makes itself most apparent.

For while the focus on humour makes for a fun experience, by the same token it removes the gravity of the stakes. Practically everyone up to and including our villainess Hela makes wry asides at the most unlikely moments, dialling down the darkness of what is essentially an apocalyptic story in order to focus on the lightness that Marvel have been pursuing as a point of positive divergence from the greyness of their DC rivals. While it is thoroughly engaging, it’s light on the dramatic heft, and feels somewhat dispensable as a narrative event in the grander Marvel universe. 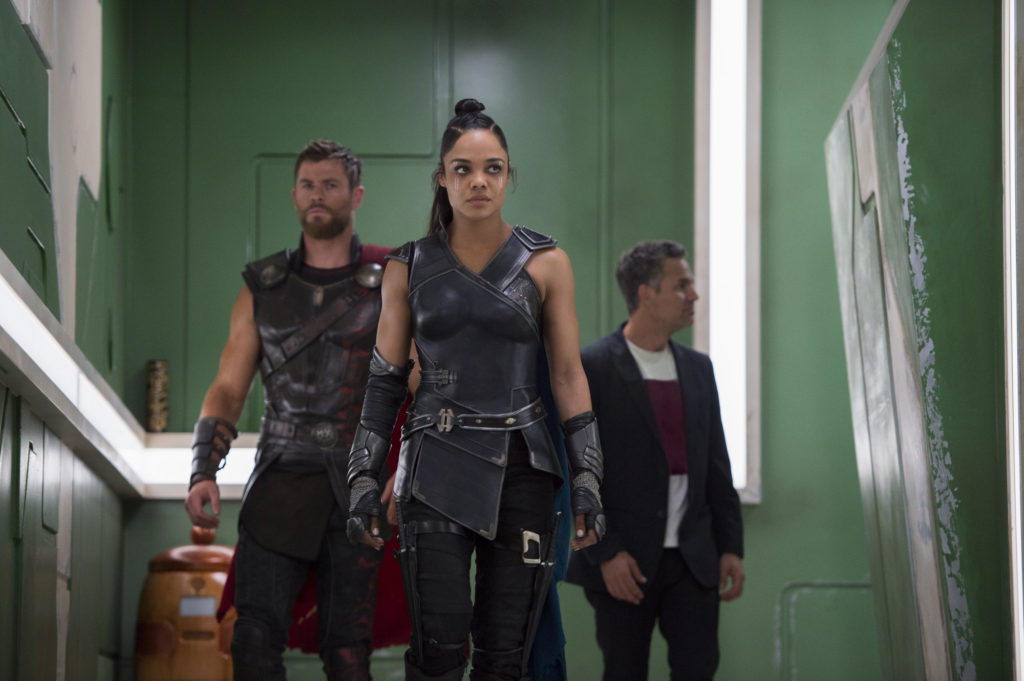 Enjoyment of Thor: Ragnarok may well depend on how much you have invested in the Marvel series. While it would probably be comprehensible enough without any context, the film itself needs that backstory as pre-existing emotional baggage for anything to strongly resonate. For Marvel fans, it’s a joyful addition to the series, a sort of mini-Avengers that acts as a brisk (a little over two hours) prelude to the impending Infinity War. As a stand-alone blockbuster, it’s action-packed, funny, colourful and fleet-footed – and you can’t ask for much more than that from what the studio basically treats a puzzle piece in a giant jigsaw.

Thor: Ragnarok is in cinemas now.