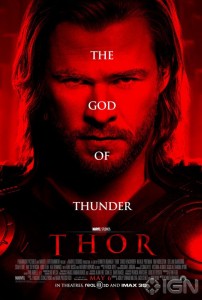 Kenneth Branagh’s comic book blockbuster Thor firmly landed itself at the number one spot in the U.S box office charts after grossing $66m (£40.3m) in its opening weekend.

Trumping previous heavy-weights Fast Five and Rio, Thor proved itself as an international hit prior to its U.S release, having raked in $83m worldwide.

Produced by Walt Disney Pictures and Marvel Entertainment Tron kicked off  the summer movie season and is only the first in a line of four superhero movies destined for release this summer.