The Gospel According to Matthew Review

To coincide with their forthcoming Pier Paolo Pasolini season the BFI are releasing a new restoration of The Gospel According to Matthew.

Previously known in the west as The Gospel According to Saint Matthew the correction is in keeping with the Italian title and gives a better reflection of the film itself. For this is a rare beast among Biblical adaptations rejecting the customary pomp and circumstance in its search for an unadorned truth. 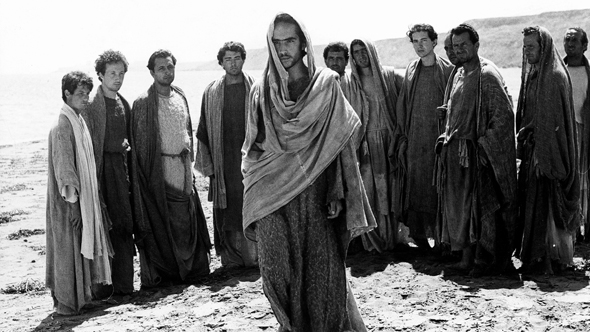 The story is that of Christ from birth to the cross, but what is startling is the straightforward approach and refusal to bend to the conventions of traditional drama. This results in a picture of a divine life communicated through pure cinema rather than the babblings of one bearded bloke in an overblown panto. No cinemascope, no Technicolor, no film stars, no pretence – Pasolini was a poet first and shows how simplicity can resonate.

Shot with non-actors on location it may be said that the approach is that of documentary yet the framing is vigorous. The faces are brilliant – worn, alive, soulful and celebrated through the frequent front-on close-ups and 1.66:1 aspect ratio.

There is also a bold and striking use of music ranging from the classical ‘St Matthew’s Passion’ by JS Bach (later used by Scorsese in Casino) to the modern ‘Gloria’ by Missa Luba and the soulful guitar of Blind Willie Johnson. What unites these disparate tunes is pure emotion. The same pieces recur and become important refrains giving us a sense of the journey taken by Christ and the exultation he inspires. 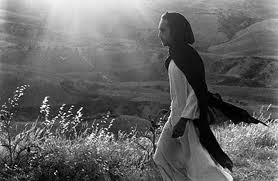 In Pasolini’s eyes Christ is less a purely religious leader and more a radical imploring those around him to fight the good fight. He does preach and there are long tracts of sermonising yet Pasolini avoids any sense of being lectured. In one sequence Christ speaks in close-up directly to us and between his declarations Pasolini brilliantly jump-cuts. From day to night and from sun to wind to rain Christ remains steadfast, the climatic forces adding power to each successive statement.
The way miracles are dealt with is also fresh and invigorating. Who needs CGI when you have the power of the cut?

‘The Gospel According to Matthew’ is released on 1 March 2013 at the BFI Southbank and selected cinemas nationwide.