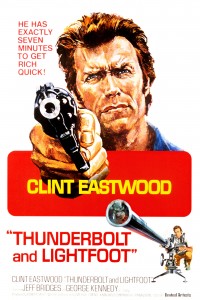 The star name here however was not the tyro director but its grizzled star Clint Eastwood. This is an odd-couple-road-movie-cum-comic-crime-caper concerning Clint’s stolid old crook and Jeff Bridges’ eager chancer.
It’s an enjoyably hokey adventure in which our heroes stay on the move pursued by inept gunmen on both sides of the law.

This is Clint in comic knockabout mode clearly indicating his move toward the slapstick orangutan hi-jinks of Every Which Way But Loose and its successors (that also featured the ‘just been caught with his pants down’ face of Geoffrey Lewis). Both Eastwood and Bridges add weight to underwritten roles. Clint’s Thunderbolt is gruff gravitas in slacks, a tough individualist forced into sharing a ride. As his fresh faced companion Bridges Lightfoot is an affront to this typical Eastwood persona. He showers Thunderbolt with love and affection – determined to make the granite face crack a smile. 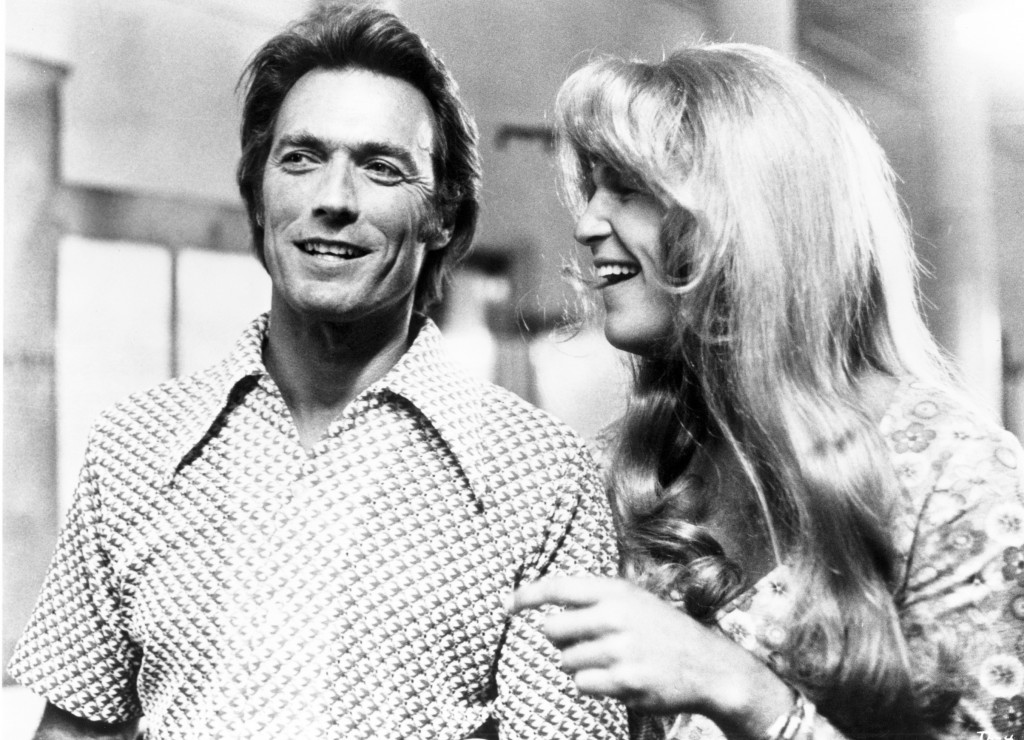 Thunderbolt and Lightfoot is 1970s America in the sunshine: the glory of the open road, the windswept haircuts, the Honky Tonk soundtrack, a brief appearance by Gary Busey, and an attitude to women that’s equivalent to a seaside dirty postcard. In fact the whole venture is a postcard from another time with lovingly captured panoramic vistas and an enduring holiday mood.

For a director known for his excesses this is a modest but defiantly epic work. There was no way Clint would put up with doing fifty takes and whilst this film belongs more to the star than it’s writer/director, Cimino does bring a sure-handed grandness to proceeding. Although very different in tone you can’t help but notice the hints of Cimino’s future work: The close attention on a few circling characters all set against a vast canvas; the adoration of the American landscape and push toward the mythical. Despite the quality on show here you get the nagging feeling that Cimino already had one eye on the icy peaks of Pennsylvania and those elusive deer.
Great things were to come and you can sense the optimism in the air.

‘Thunderbolt and Lightfoot’ is released on Blu-ray on 23 June