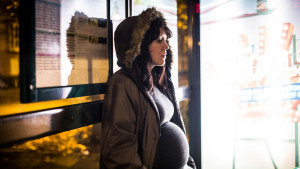 The winner of most original story of the year must go to Alice Lowe for her directorial debut, Prevenge, an outrageously funny and hugely enjoyable watch. Best known for her work on films like Sightseers and Hot Fuzz, Alice Lowe has been collecting fans all over the place (and rightly so!) – she manages to tread the fine line between comedy and horror and is at the helm of a new wave of British Black Comedy (in a similar way that Julia Davis did over 10 years ago in Nighty Night).

Prevenge sees Lowe (who also wrote the film) lead as Ruth, a slightly awkward pregnant woman who begins a homicidal rampage a la Kill Bill. Ruth truly believes that the voice in her head is that of her unborn baby who is controlling her and tempting her into killing a list of people who are responsible for a major loss in her life. The only regular person in her life is her midwife (hilariously portrayed by Jo Hartley) who is ultimately interested in Ruth’s mental wellbeing without ever encroaching but also missing every piece of evidence that Ruth is slowly losing the plot. Everyone else around Ruth ends up simply as part of the body count (which makes The Hunger Games look like a pre-school show).

The strength of Prevenge really is Lowe, who is an incredibly talented actress. She pulls the audience in from her opening 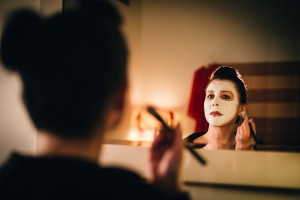 scenes and really forces any sense of morals out of the window; are the audience meant to agree with her killing spree, cheering her on as she finds new ways to kill those around her or question the stability of this woman? As well as the storytelling, the film feels fresh and never once feels like it is fighting that enigma of trying not to look like a low budget film. But instead Prevenge puts its middle finger up to anyone uninterested and stumbles proudly and loudly towards its finale.

The film plays with genre in a way that is always keeping it fun – blurring the boundaries between horror, comedy, thriller and often surrealism. It’s a confident and bold film, genuinely subversive and brilliant in every way. It challenges in the way it presents the story but by the final scene, the audience feel every part as implicit in the action as Ruth herself.