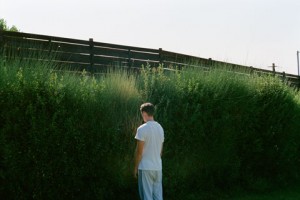 This thought provoking Greek drama is a very bizarre and surreal film, but is totally engaging and deservedly won the ‘Un Certain Regard’ Award at Cannes last year. It centres on a Greek family who live in isolation and although the son and two daughters are seemingly adults their parents have gone to extreme lengths to protect them from the outside world and bad influences, essentially by feeding them a pack of absurd lies. The weird rules and things they have told their children are often hilarious and totally absurd, for example they have taught them an alternative vocabulary where lamp means bird, sea is an armchair and telephone is salt. The children have no contact with the outside world and are forbidden to leave until their ‘dogtooth’ falls out. But when the father (none of the characters are given names) brings a female security guard, Christina (Anna Kalaitzidou), home from work and pays her to fulfil the son’s sexual desires it leads to disastrous consequences on the fictional utopia the parents have created as she introduces the children to words and ideas they’ve never encountered.

The ‘children’ spend their days listening to cassettes of the rules their parents have created and playing ridiculous games out of sheer boredom. The younger sister (Mary Tsoni) has memorised a health book and many of their games involve hurting each other, sometimes for real, sometimes pretend, simply so she can then bandage them or practise resuscitation. Here the film feels like a mix between Michael Haneke’s (original) Funny Games with the surreal psychological games crossed with the crazed family in last years ‘Home’ from Ursula Meier. The absurdity just get crazier as the film progresses and its never really explained why their parents have chosen to do this, as the themes of control and over protective parenting are explored to their darkest levels with some very disturbing consequences. It’s certainly not a light hearted film although there are a few comic moments, but be warned there’s some very graphic violence at points.

Plot aside, this is a superbly crafted film, with a lot of static cameras and shots that frequently cut off parts of the characters to echo their isolated state cut off from reality. The long held shots of the ugly factory where the father works alongside the beautiful Greek countryside shots of their home make us wonder whether perhaps there is some positive in the irrational parents behaviour as the film asks hard questions about what lengths people will go to to for what they conceive as love and protection.