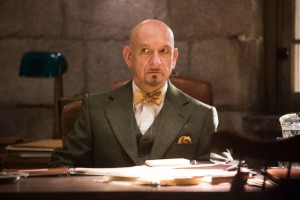 Shutter Island is based on a novel by Dennis Lehane, who also wrote the novel Mystic River, recently adapted by Clint Eastwood for the screen. The success of Lehane’s adaptations has led to Sam Raimi following suit, set to adapt Lehane’s “The Given Day” as his next big screen project.

The plot of Shutter Island centres around U.S Marshall Teddy Daniels (DiCaprio) who is called out to investigate the disappearance of a prisoner from a high security hospital for the criminally insane. Based on a remote island, the institution is managed by leading physician Dr Cawley (Kingsley). Cawley seems to be more of a hindrance than a help to the investigation, causing Teddy to delve deeper and unravel a complex web of lies and secrets relating to the Island. 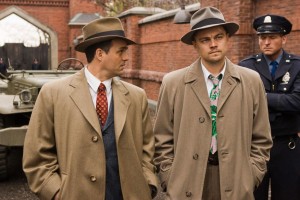 The film marks the fourth collaboration between director Scorsese and Dicaprio, a partnership that works well with Leo being thoroughly convincing as the Marshall. However, it is Ben Kingsley who gives the most outstanding performance as the mysterious Dr Cawley, managing to convince us he is a lovely man but also giving the impression that he could simultaneously be a pathological liar. Mark Ruffalo also stars, playing Teddy’s detective partner Chuck although his on screen appearances are much shorter than that of Dicaprios..

The plot is incredibly gripping as it twists and turns. Unfortunately it’s a very Hitchcockian story, and as I have seen so many Hitchcock films I managed to correctly figure out where the revelations were going very early on, which meant the unravelling ending scenes were a little convoluted. However none of my companions did, so I would presume for most people that the surprises will be real shocks, and an extremely compelling watch.

Scorsese’s cinematic style is now clearly etched out and his iconic long wide angle shots are beautiful in Shutter Island. The only visual problem is that there are two awful extended periods of low quality blue screen effects which I almost couldn’t bear to watch – one right at the start when Teddy arrives on the boat and also in a later scene where he converses in a car. These apart, this is a high quality production, and its perhaps the score that really adds to the drama more than anything, with resounding loud drum rolls as the climatic tension is created.

Shutter Island is an innovative and enthralling film, and as usual Scorsese manages to coax terrific performances out of his actors making the film a fantastic watch.