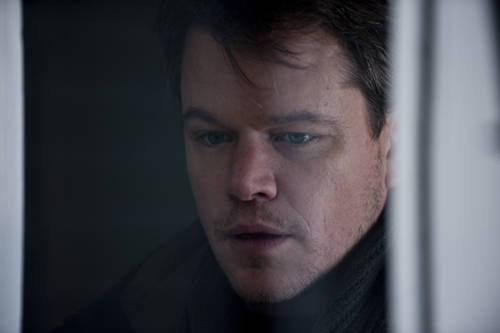 The greatest triumph of Steven Soderbergh’s Contagion is in the way it fosters paranoia, the panic shown in the film quietly creeping off the screen into real life – it’s a sign of an effective film about the spread of a virus that there was conspicuous unease in the cinema when someone in the audience coughed loudly. Every touch, every breath seems to put the characters in danger, the threat is ever lingering, always invisible. And by viewing the spread of the virus from a worldwide perspective, using an ensemble packed with very talented actors, Soderbergh crafts an apocalypse film with a powerful sense of scale to the fear. It is also one of the most intelligent ‘virus’ films ever, with science and professionalism at the centre of the storm.

However the side effects of using an ensemble is a dilution in the strength of the emotional impact. With several different narrative strands crowding for attention, it is inevitable that they will vary in impact. Marion Cotillard is the most poorly served in this regard, her character forgotten for a good hour of the film, only to reappear in the final act to be left at a loose end. There is a strong chance that only one or two of the plots will engage you, and as such the sense of threat that is so palpable loses some of its impact. It’s a world in which anyone could die at any moment, but the audience is given very little reason to care. Save, that is, for Matt Damon’s arc, a father left bereaved but immune with a daughter to care for and protect with all he has. There is no denying the power of the final moments of his story.

The rest, however, is significantly less effective. Jennifer Ehle as the scientist working tirelessly to find a vaccine has to deal with a script that is equal parts intelligent and clichéd. It veers between complex bio-babble and reacting dramatically to some new development that only they understand. One scientist actually says at one point “Call everyone” which doesn’t really mean anything, isn’t particularly helpful but feels as rote as someone saying “My God”. The worst crime of the script, however, is Jude Law’s cartoonish villain who markets a homeopathic remedy to gullible blog readers. While such characters would inevitably appear were such an epidemic to strike, the buck-toothed, heartless opportunist that Law portrays feels oddly out of place in a film that is otherwise aiming (and much of the time succeeding) for a cold realism. The virus itself is villainous enough without the need for Law’s smirking face.

So Contagion is a powerfully effective look at the spread of panic, both fiercely intelligent and quietly chilling. Yet in juggling too many subplots the emotional heft that it should carry is short-changed. Damon does brilliant work, and the gut-punch of him looking at photos of his wife gives you a glimpse of the power the rest of the film could have had. As it is, it’s hampered by a script that has a few too many clunkers to be wholly forgiven, and story lines that ultimately go nowhere. It will make you scared of people coughing though.