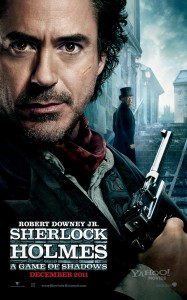 It looks to be an exciting year for Warner Brothers with the release highly anticipated sequels such as The Dark Knight Rises and Sherlock Holmes: A Game of Shadows, as well as brand new material such as Soderbergh’s Contagion. Previews for all of these films and more where shown as part of Empire’s Big Screen where Warner Brothers gave a taste of coming attractions.

All those attending were treated to a preview of Sherlock Holmes: A Game of Shadows introduced by Guy Ritchie himself. He mentioned what a lot of fun it had been making the latest installment and how he tried to make it even more action packed than the first. Ritchie also mentioned that Stephen Fry’s role as Sherlock’s older brother Mycroft is a definite highlight! The footage itself looked very exciting with the action sequences on a much grander scale. These seem to include a chase scene in the woods and an epic gunfight on a moving train. Sherlock Holmes: A Game of Shadows will be released

The other anticipated sequel was of course The Dark Knight Rises, but sadly no new footage was shown, only the teaser trailer. 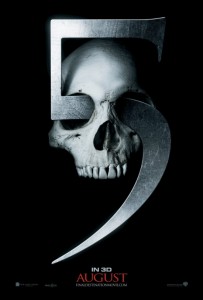 the 3D looked far superior to The Final Destination. The scene previewed was the first incident, in which a bridge collapses with our protagonists attempting to escape . 3D does does work well with the Final Destination series, all limbs fly out of the screen and blood splatters everywhere. It certainly was a lot of fun and gained a positive response from the audience, many in fits of laughter at the increasingly ridiculous death scenes. Final Destination 5 will be released on the 26th of August 2011.

Finally we were gievn a preview of Steven Soderbergh’s Contagion, an action thriller about the spread of a deadly disease. The footage shown was nothing exciting, just of Gwyneth Paltrow’s character as she becomes increasingly ill, and a young south-east Asian man as he develops the same symptoms. Never the less with such a strong cast including Jude Law, Matt Damon, Kate Winslet and Marion Cotillard, as well as an interesting premise it should be one to watch out for. Contagion is released on the  21st of October 2011.