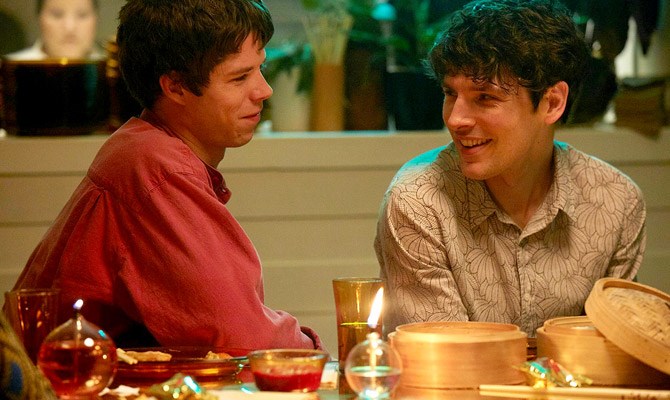 Benjamin is a light-hearted romance fresh from the mind of comedian Simon Amstell.

You’ll find straight-lipped British humour at its finest here as filmmaker Ben (Colin Morgan, Merlin) stumbles from one awkward moment to the next between north and east London. Like other millennials nowadays, Ben is knee deep in quarter-life crisis.

At first, it seems that unlike the other characters, Ben is aware of his own ridiculousness as it starts with him editing his second film, a memoir showcasing a past relationship and his inability to connect. Morgan does a fantastic job throughout, channelling Amstell’s infamous observational humour through his character.

Audiences will instantly empathise with Ben’s uncomfortable nature. Your heart will feel for him when he is coerced by his publicist Billie, (Jessica Raine, Call the Midwife) to come for a night out, taking him completely out of his comfort zone. He drags Stephen, (Joel Fry, Game of Thrones, Trollied) along for the ride – misery loves company, right? 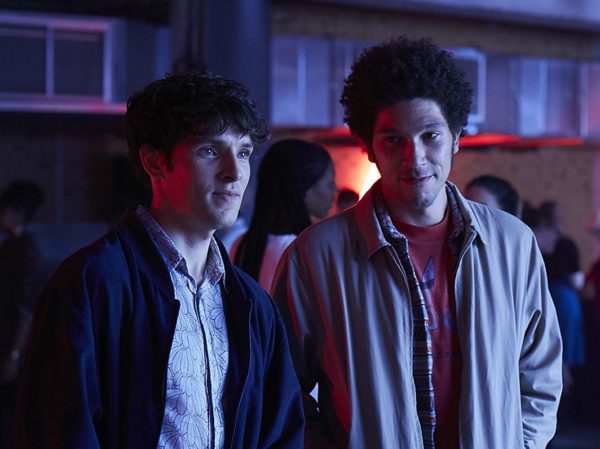 Before they even manage to order a drink, Ben is stopped in his tracks by the mesmerising musician, Noah.

Like many of us, Ben suffers from ‘word vomit’. That awkward honesty that never works out in anyone’s favour. Throughout the film, he is dropped into cringe-worthy situations, think Meet the Parents meets Bridget Jones. His first meeting with Noah is no exception, luckily though, Noah seems drawn to Ben’s uneasy persona and the two instantly connect.

“A man who is so defended he is unable to love.”

You will find Noah as mesmerising as Ben does, and will likely consider a move to Paris by the end. Noah is played by Phénix Brossard, who eagle-eyed members of the audience will recognise from 2015’s Departure. Noah pulls Ben out of his recluse, forcing him to re-examine his world. Keep an eye out for the bathtub scene, we won’t spoil it for you but it is heartstring sweet. 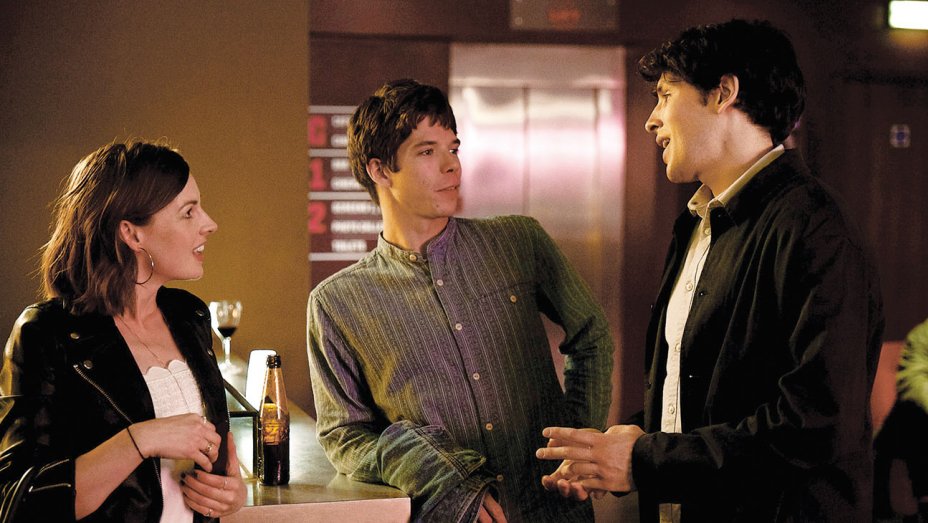 Ben is joined by an array of well thought out characters. You’ll see that he isn’t the only one tumbling through this difficult stage of life, strengthening the film’s ties that bind us theme.

What really stands out in Benjamin is its relatability. The characters are exactly who you expect to find in the London creative scene. They all have that London ‘extra’ vibe and call chicken nuggets ‘nugs’. The perfect mix that will get you giggling as Amstell skillfully bounces them off of Ben’s out of sync personality.

We would absolutely recommend a watch of Benjamin. It’s a feel-good film that doesn’t take itself or its characters too seriously. If you are London based then its night bus journeys and recognisable London-scene vibes will have you feeling right at home.