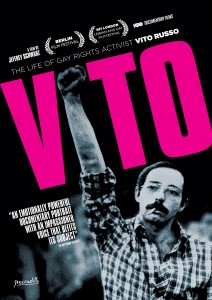 A documentary about the man who brought us all out of the “Celluloid Closet”, Vito Russo changed the face of queer film theory forever. Now, director, Jeffrey Schwartz looks back at the man and the ways in which LGBT represenation has changed over time.

In the aftermath of Stonewall, a newly politicized Vito Russo found his voice as a gay activist and critic of LGBT representation in the media. This documentary is about his life as an activist, an academic and a cinephile.