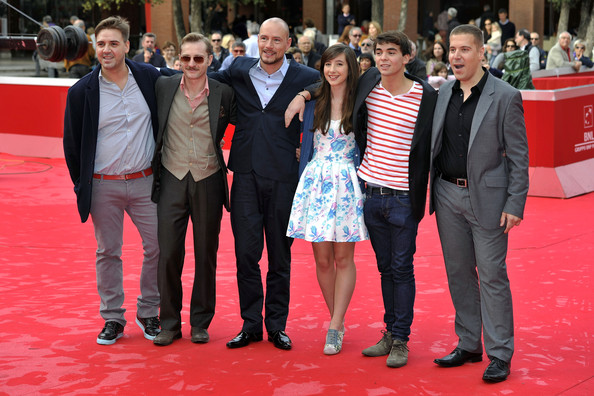 “Pim lives in a small town on the Belgian coast, together with his single mother Yvette, a local accordion starlet. It’s an ordinary existence which Pim brightens up by dreaming of princesses, beauty queens and handsome Gino, the boy next door.”

I had the opportunity recently to interview the director, Bavo about the film and what he is going to be doing in the future.

1. Hi Bavo, would you mind introducing yourself and what you did before NST?

I am a filmmaker from Belgium. My filmmaking started with four short films that you can own on a dvd named Campfire. My first feature film North Sea Texas is a about a boy growing up and falling in love with his hunky neighbour. I won some prizes with this movie. It will be released in many countries, including the U.S.A. I am now travelling the world to attend premieres and festivals. When I’m home, I write and prepare new movies, I teach and I shoot commercial work like music videos.

2. North Sea Texas was your first feature film, what did you find the main differences between short and feature length films are?

In shorts, you can’t really go very subtle or complex. Ny my trick to go deeper was to use “icons” like the sailor or the boy scout. Or Saint Sebastian. The audience already knows a lot beord the film starts, and my storytelling does not have to start from nothing. With a feature you do have time to tell a story fully and to really create complex characters. With a lot of layers. A feature film is more like a layer-cake.

3. What made you decide to adapt North Sea Texas from it’s original text? And are there any major differences between your film and the source novel? 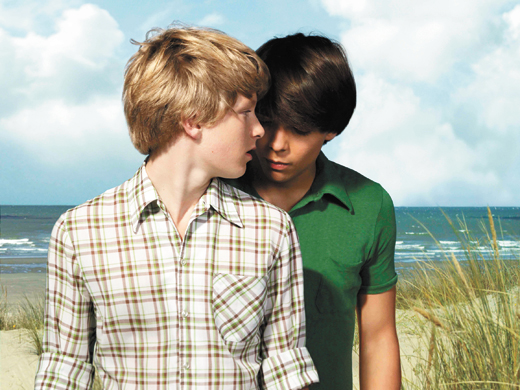 We did not alter anything. We adapted words to images. We added some scenes to dig a bit deeper into some characters. Like Pims mother was extended by us. But it all came from André Sollies great short novel. I did not want to change anything. The book is great, so why change?

4. The story could be described as a film about young love, did you understand love at a young age?

No I did not. The film explores in a sort of retrospect. I was young and wild, just like main characters Pim and Gino. At that age you only have time to see through your own eyes. Pim has that teenage-tunnel vision. But I am over that now. I see more than just my own little world – this is necessary to tell a rich story. I think when Pim would have to tell his own story it would sound dumb and boring. The movie makes it exciting and beautiful.

5. Pim and Gino embark on a relationship within the film, is LGBT cinema something that particularly interests you?

Not really. Well for my job I watch a lot of LGBT movies, but I have also seen Titanic. I am totally not heterophobic. And straight people generally enjoy my movie to. The trouble is to get them in the cinema. Gay movies can still scare the straight blokes out there. But once they’re in the seats and lights go out, the can identify with the universal love story. They’re not stupid – they know what falling in love means, right?

6. What do you think of the state of LGBT cinema today, and do you think that it is moving more into the mainstream?

Some rare mainstream movies are adding a tiny little bit of queerness to their heterocentric stories but its a very shy and not really thrilling thing. Rather marginal. TV series like Glee or Modern Family are more exciting to me. And meanwhile the greatest and most relevant movies about gay people are still being produced underground, on a shoestring budget, like ‘Weekend’.

7. Another aspect of NST is the beautiful landscapes that you paint throughout the film, was location important to you when you were making 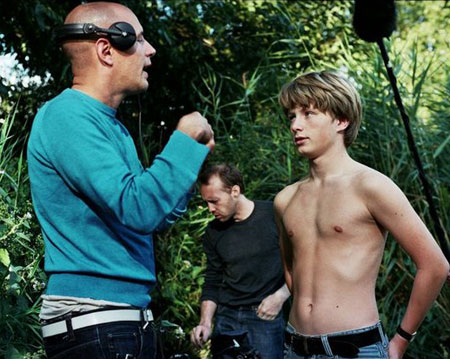 Yes. Pim is so silent. He does not say what he feels. The landscape says what Pim can’t express.

8. Obviously, many people could get a little touchy about the subject of the film. Was it difficult to cast NST with it’s young cast?

The casting was hell, a lot of young actors did not dare to do these roles. But after all, we found super wonderful and very brave boys to play the roles. They’re my heroes, because they say to the world: “fuck you, i’m an actor”.

9. As well as the love story, the parents play a major part within NST- was their representation important to you?

Yes. Parents are the first mirror you find in your life.

10. What is next for you and your career?

I think it is “Souvenir” , a movie about a forgotten Eurovision singer. She’s over fifty and works in a meat factory. She wants to remain forgotten untill she meets a 18 year old boxer who asks her to sing again. She doesn’t want to, but he’s so cute…

For a chance to enter our competition to win a copy of North Sea Texas on DVD, click here.