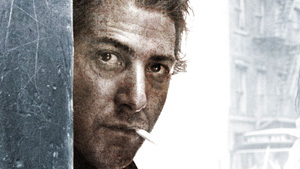 Dustin Hoffman helped pave the way for a new generation of Hollywood leading men in the late 60s.

The BFI completes their celebratory season with films from the latter part of his career. Catch one of the last few screenings of The Graduate in all it’s newly restored 4K digital glory: no film has done quite so much for middle-aged sex appeal than this 1967 hit as Anne Bancroft plays the original cougar, Mrs Robinson! Other classics on the big screen range from Rainman to Tootsie.

“I love acting, and I’m not going to determine what I do based on what I fear other people might think”
Dustin hoffman

Dustin Hoffman is an actor who clearly delights in taking risks when approaching a variety of different roles. As Hoffman approaches his 80th birthday, we complete our celebratory season with films ranging from the 1970s to 2015. John Schlesinger’s Marathon Man is a powerful drama that perfectly encapsulates the kind of projects Hoffman made in the 70s: thrilling, memorable and urgent. With a couple of Oscar nominations under his belt, he finally won for Kramer vs. Kramer and then again for Rain Man – both emotionally driven, compelling works that reflect the emerging social and cultural changes of their time. We also include Hoffman’s debut as a director with Quartet, a singularly British affair featuring some of our finest actors, and Roald Dahl’s Esio Trot, made for TV and featuring Hoffman and Judi Dench in fine form.

To enjoy 2 tickets for the price of 1 simply quote HONEST241 when booking.