Gross Indecency Season at the BFI 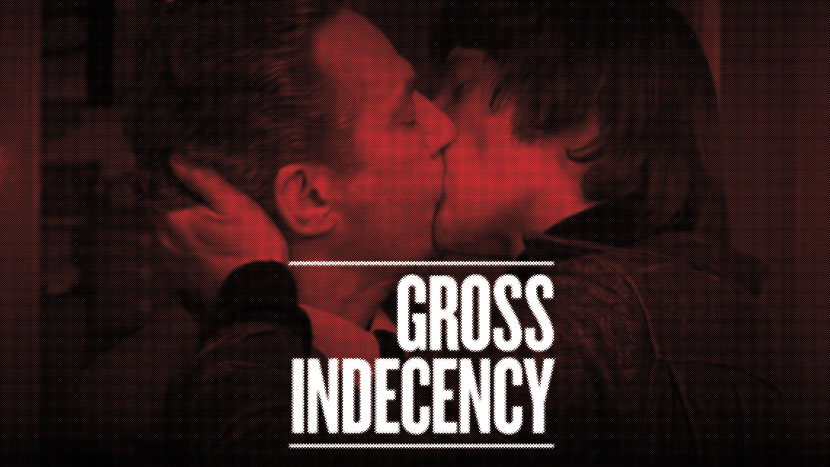 The BFI is marking 50 years since a major landmark in human rights – the partial decriminalisation of homosexuality in England and Wales. This summer BFI Southbank will host Gross Indecency, a season that will explore the pioneering – and sometimes problematic – depictions of LGBT life in British film and TV in the years immediately before and after the 1967 Sexual Offences Act.

“Keep love in your heart. A life without it is like a sunless garden when the flowers are dead”
Oscar Wilde

July 2017 marks the 50th anniversary of a landmark in LGBT rights: the partial decriminalisation of male homosexuality in England and Wales. Though the Sexual Offences Act 1967 hardly put a stop to persecution, it was a step forward in a climate of fear and ignorance, where any on-screen depiction of gay life assumed enormous currency. British cinema boasts a long history of carefully coded queers, but taboo-busting gathered steam from the late 1950s. This two-month season spans two decades, bracketed by the 1957 Wolfenden Report and the onset of AIDS. Part one looks at the lead-up to the Act, notable for the cinematic milestone Victim, but also for progress on the small screen, from Britain’s earliest surviving gay TV drama South, to two provocative BBC documentaries broadcast just weeks before the legislation was passed.

“Who gives a hell whether it’s a boy or a girl; we’re all a bit of both aren’t we?”
Girl Stroke Boy

Part two of this season explodes into colour and controversy in the wake of partial legalisation. The ’67 Act was a double-edged sword in its effect on real lives and on depictions of the LGBT community. Queer London was reimagined to misanthropic effect for The Killing of Sister George and Staircase – a world away from the nuanced bisexual love triangle of Sunday Bloody Sunday. Anarchic drag queens lit up our living rooms and Ian McKellen proffered telly’s first gay kiss as Marlowe’s Edward II. So often ignored, the transgender experience was tackled in the extraordinary I Want What I Want, while Girl Stroke Boy’s black star flirted with fluidity. By 1975, Quentin Crisp had put queerness on our cultural radar. Completing this survey, as the renewed struggles of the 80s beckoned, Britain’s first explicitly gay feature film: Nighthawks. What a journey; and we’re not out of the woods yet.