Deadline have revealed that HBO (Sex & The City, The Sopranos) is close to ordering a pilot of Jonathan Franzen’s 2001 adult novel, The Corrections, a drama series project from filmmaker Noah Baumbach (Margot At The Wedding, Greenberg). 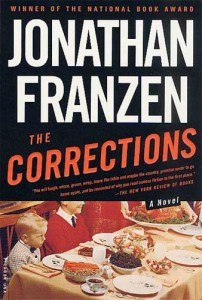 Acclaimed film producer Scott Rudin has been trying to get the book on screen for almost a decade now, originally as a one-off feature but that appears to have changed and no one is quite sure whether a series is going to be made of the 568 page novel or a mini-series or even film for television, depending on the popularity of the piece. Whatever happens, the project is also being executive produced by Baumbach and the author himself, Jonathan Franzen.

Deadline continued by announcing that they have heard a rumour that Anthony Hopkins (The Silence of the Lambs, The Rite) has expressed interest in playing the male lead, Alfred Lambert who is suffering from Parkinson’s disease and will be meeting with the producers to find out more information. Baumbach and Franzen co-wrote the adaptation of Franzen’s book, with Baumbach also attached to direct.

Franzen’s 2001 novel, which won the National Book Award and the James Tait Black Memorial Prize, revolves around the troubles of the Midwestern Lambert family, tracing their lives from the mid-twentieth century to “one last Christmas” together near the turn of the millennium. Rudin and Baumbach have worked together on 4 features, The Life Aquatic with Steve Zissou, Margot at the Wedding, Fantastic Mr. Fox and Greenberg. This would be the second HBO pilot executive produced by Rudin. He is also behind Aaron Sorkin’s More As This Story Develops, which is nearing a series order.

There have been various attempts by Rudin to get this on screen, rumours originating in 2002, where it was said that Stephen Daldry (The Hours) was attached to direct with fellow The Hours screenwriter, David Hare attached to write the script and since then many different sets of casts have been imagined for the book, which is yet to hit any sort of screen.