Taylor Lautner set to be Abducted by Lionsgate 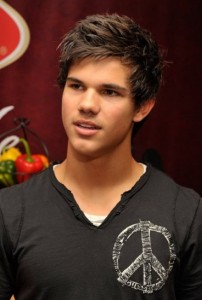 Having recently popped up in the latest Love, Actually rip-off, Valentine’s Day, Taylor Lautner has added yet another film to his already busy upcoming schedule as he attempts to make as much dough as possible before his Twilight star burns out. The former Sharkboy and current Jake-abs has another two instalments of the vampire saga still to come as well as signing up for roles in a spring break hostage flick Cancun and two films based on the toys of Max Steel and (sigh) Stretch Armstrong respectively.

The premise for his latest project, Abduction, actually sounds surprisingly good. Lionsgate won a week long bidding war for the script which sees Lautner’s character discover his own baby picture on a missing persons website which prompts Taylor to take his shirt off  sends him on an action-filled quest to discover the truth. Production looks likely to be fast-tracked and filming may commence as early as July.