Another of the studios to showcase their upcoming attractions at Empire’s Big Screen was Lionsgate, a company known for recent Blockbuster hits such as Kick-Ass, Precious and Saw 3D among many others. 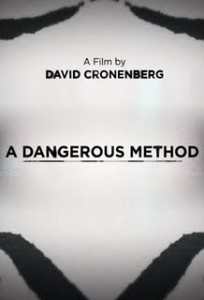 Their showcase started with a trailer for David Cronenberg’s A Dangerous Method which focuses on the early psychoanalytic work of  Sigmund Freud and Carl Jung. Cronenberg regular Viggo Mortensen and Michael Fassbender are in the lead roles, with Keira Knightley as their main patient. It will be released on the 10th of February 2011 and may even be Academy Award material.

There were also trailers shown for Warrior, Abduction and 50/50. Warrior follows the youngest son (Tom Hardy) of an alcoholic boxer (Nick Nolte) who trains him up for an MMA competition where he comes to blows with his older brother (Joel Edgerton). This sports drama will definitely be one to watch out for and many are comparing it to this year’s The Fighter. Abduction is the latest vehicle for Taylor Lautner’s acting ‘talent’ as he plays a young man who realises his parents are not who they say they are. Looking mediocre at best, this seems to be a run of the mill action  thriller purely for Team Jacob. 50/50 is a black comedy about Adam (Joseph Gordon-Levitt) a young man who discovers he has cancer and subsequently battles the disease. Despite the morbid subject, this looks to be a very funny comedy, with Seth Rogen and Anna Kendrick in supporting roles.

Several long clips were shown from Ralph Fiennes’ directing debut Coriolanus in which he also stars. A modern day interpretation of the Shakespeare classic, the drama follows Coriolanus, a hero of Rome who is banished by his city and so takes revenge. With such a strong cast including Gerard Butler, Vanessa Redgrave, Brian Cox and James Nesbitt, Coriolanus looks to one of the better modern Shakespeare interpretations and definitely a must see when it comes out on the 20th January 2012.