According to Deadline, the ‘Dreamgirls’ director has beaten stiff (get the pun?) competition to direct the thrilling finale in the Twilight Saga, ‘Breaking Dawn’. 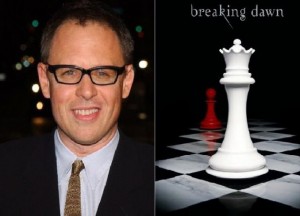 “Bringing Stephenie Meyer’s BREAKING DAWN to the screen requires a graceful and intelligent hand and we believe Bill Condon is exactly the right steward, having shown equal and abundant talents of immense creativity and subtle sensitivity,” said Erik Feig, President of Production and Acquisitions, for Summit Entertainment.

Added author Stephenie Meyer, “I’m so thrilled that Bill wants to work with us. I think he’s going to be a great fit, and I’m excited to see what he does with the material.”

“I’m very excited to get the chance to bring the climax of this saga to life on-screen. As fans of the series know, this is a one-of-a-kind book – and we’re hoping to create an equally unique cinematic experience,” said Bill Condon.

Condon is well known for writing and directing DREAMGIRLS, KINSEY, and GODS AND MONSTERS, for which he won the Academy Award for Best Adapted Screenplay in 1999. He was nominated for a second Oscar for his screenplay for the movie musical CHICAGO in 2003. Most recently the multi-hyphenate directed the pilot episode for the Showtime series “The Big C” and produced the 81st Annual Academy Awards telecast, hosted by Hugh Jackman.

The third film in the franchise, THE TWILIGHT SAGA: ECLIPSE is due in theaters on June 30, 2010.

Other directors who were previously in the running were Gus van Sant (‘Elephant’), Stephen Daldry (‘The Hours’) and Sofia Coppola (‘Lost in Translation’). 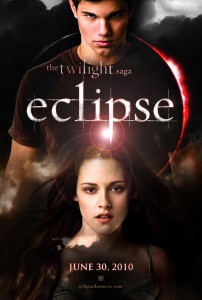 The only question which now remains on people’s lips, is the fourth book going to be adapted into one or two films? Are they going to follow in the footsteps of Harry Potter and make the audience for both Parts One and Two and at 754 pages this is very likely. And what for the main stars, Kristen, Robert and Taylor; it seems quite a large paycheck will be coming their way pretty soon.

In the meantime, ‘Twilight Saga: Eclipse’, the third in the series, directed by David Slade (‘Hard Candy’) is due to release in June.