Saoirse Ronan for 'How I Live Now'
Home
News

Saoirse Ronan for ‘How I Live Now’

Variety have reported this week that Atonement & Hanna star, Saoirse Ronan is to star in Kevin Macdonald’s (The Last King of Scotland, Life In A Day) latest picture, How I Live Now, which is based on Meg Rosoff’s 2004 novel. 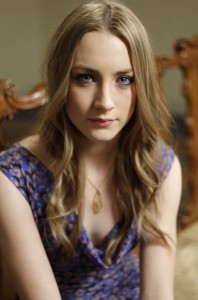 Ronan is set to play Daisy, a teenage girl from New York City who travels to England to spend the summer with family in the English countryside. When World War II breaks out and insurgents invade, Daisy and a younger girl named Piper must survive alone in the woods as they try to make it to safety.

Jeremy Brock and Tony Grisoni wrote the script whilst Film 4 is producing the picture with Charles Steel and Alasdair Flind of Cowboy Films.

At the moment, Ronan is quite busy as she is playing a vampire in Neil Jordan’s Byzantium as well as next being seen opposite Alexis Bledel in Geoffrey Fletcher’s teen assassin pic Violet & Daisy. On top of all this, Ronan is also lined up to star in the latest Stephenie Meyer adaptation, The Host, which sees her sharing a ming with an alien after an invasion.