What The Girls Of Atonement Did Next

Joe Wright’s Atonement hit our screens in 2007, winning a BAFTA award for Best Film before losing out to No Country For Old Men at the Oscars where they it received a total of six nominations. With a number of the stars of the Ian McEwan adaptation back on our screens of late we have a look with how their careers of the leading ladies have progressed post-Atonement.

1) Keira Knightley – Knightley was the biggest star going into the film, and arguably still is despite keeping a lower profile in the intervening years. She took leading roles in The Duchess and The Edge of Love before ruling herself out of the fourth installment of Pirates of the Carribbean. Keira has most recently taken to the stage in a version of Molière’s The Misanthrope alongside Damian Lewis, earning herself a Laurence Olivier Theatre Award in the process.

Keira’s upcoming projects suggest a move out of her comfort zone after a long list of period dramas. She will star alongside Avatar star Sam Worthington in a romantic drama Last Night and then opposite Colin Farrell and a deluge of British stars in London Boulevard. Arguably the most exciting though is Never Let Me Go, director Mark Romanek’s first film since 2002’s One Hour Photo. The sci-fi thriller will also feature Brit rising star Carey Mulligan in and should be released later in the year.

2) Saoirse Ronan – Ronan was just 13 years old when she was received her Oscar nomination for Best Supporting Actress for her astonishing turn in Atonement, she was the youngest of the three actresses to portray Briony Tallis but received the greatest plaudits. The Irish actress, who will turn 16 in April, had her next big role in the tweenage fantasy-adventure City of Ember but unfortunately the film received only average reviews and bombed at the box office.

She’s of course currently on our cinema screens in Peter Jackson’s The Lovely Bones which has had no such problems at the box office after having had it’s release pushed back repeatedly. Ronan’s parents were worried about their daughter playing a girl who is brutally raped and murdered but Jackson pulled all his punches in a disappointing film that made this a non-issue. Saoirse was actually cast with Jackson wanting an unknown to anchor his film, a plan her Atonement performance well and truly scuppered.

3) Romola Garai – Garai played the 18 year-old Briony, struggling to come to terms with the consequences of her past actions. Her performance, although overshadowed by Ronan’s, was still superb from an actress who has slowly established an herself an impressive CV over the past decade – as long as you ignore Dirty Dancing 2.

Recently Garai has appeared on the big and small screen in significant roles, in both the BBC’s underperforming adaptation of Jane Austen’s Emma and in Stephen Poliakoff’s World War II drama Glorious 39. She headlined a strong British cast (including the likes of Bill Nighy, Christopher Lee and David Tennant) in a flawed, but equally impressive film that earned Garai herself almost unanimous praise. Poliakoff may have offered the greatest compliment, describing her as “the next Kate Winslet” – who are we to argue with that?

4) Juno Temple – Temple already had a small but significant role in the bag as Cate Blanchett’s daughter in Notes on a Scandal before she played Lola – the young girl who is victim to the attack – in Atonement. Since then the 20 year-old actress has developed an interesting dual career, swinging between performance-driven pieces and relatively bigger releases.

She’s cropped up in teen hits such as Wild Child and both St. Trinian’s movies and was asked to stand around and be pretty (which she did extremely well) in Harold Ramis’ awful Year One. On the other hand, she has also cropped up alongside her Atonement co-star Romola Garai in Glorious 39 and turned in the performance of her career so far in Jordan (Ridley’s daughter) Scott’s Cracks. She’s certainly keeping herself busy and could be a Hollywood star within the next few years. 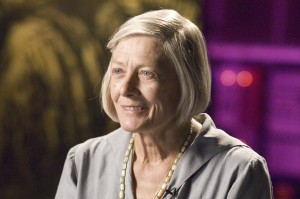 5) Vanessa Redgrave – Although it may be a little push to still describe her as a ‘girl’, Redgrave deserves a mention for capping off Wright’s film in style. It would be pointless to work through Redgrave’s fine career in the same way as the other actresses mentioned, we need merely point to the BAFTA fellowship she was awarded a few weeks ago. She recently played an older version of Romola Garai in a film we can’t stop mentioning, Glorious 39, but Redgrave’s career is one that is one to look back on rather than one to examine what’s still to come.