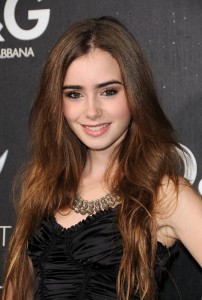 The Blind Side actress Lily Collins has proved to be the fairest of them all, by being cast as Snow White in the upcoming adaption of the classic tale.

The studio yesterday confirmed that the young starlet bagged the coveted role and beat out The Lovely Bones star Saoirse Ronan, who was initially tipped for the part.

Relativity Media’s production of the Grimm Brothers’ story already has other A-list heavyweights on board for the film, including Julia Roberts as the Evil Queen and The Social Network’s Armie Hammer as the Prince. The classic fairytale film will be directed by Tarsem Singh (The Cell) and is eagerly anticipated for a summer 2012 release.

Phil Collin’s daughter is undoubtedly a rising star in Tinseltown, but is most recognised for playing Sanda Bullock’s daughter in The Blind Side and her various appearances on the hit CBS drama 90210.