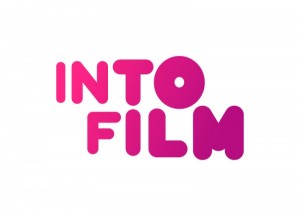 Into Film has announced the full list of nominees for its inaugural Awards, the ceremony taking place in the heart of London’s West End at Empire Leicester Square on Tuesday 24th March. The BFI-backed education charity will celebrate the achievements of the 5-19 year-old filmmakers of the future.

Young director Hope Kemp – with work already screened at the Portobello International Film Festival – is a candidate in the One To Watch category, while 7-year old Toby Little breaks new ground as Into Film’s youngest animated filmmaker for Ug’s First Mammoth.

Paddington adds to its BAFTA recognition with a nod in the Children’s Film of The Year category, facing up against animation heavyweights The Lego Movie, How To Train Your Pet Dragon 2, and The Boxtrolls.

Matt Edmondson will host in front of a 600-strong audience, with the awards decided by a judging panel of industry big-wigs including: Sir Alan Parker (EVITA), David Yates (HARRY POTTER), Manjinder Virk (CALL THE MIDWIFE) and Peter Kosminsky (WOLF HALL).

Paul Reeve, Chief Executive of Into Film commented: “We are delighted to be hosting the first ever Into Film Awards, and believe their creation reflects the vibrant role film plays in the cultural, creative and educational lives of young people today. We have a diverse and highly talented group of young nominees and hope that this recognition will encourage them to further develop their skills and go on to become part of the next generation of British filmmakers and reviewers.”

Into Film promotes the use of film as a key tool in the contribution to young people’s educational, cultural, creative and personal development. Its ‘film clubs’ are available free to all state funded schools and colleges and provide numerous opportunities for teaching and learning through film, including access to a diverse catalogue of over 4,000 films. Supported by the BFI through Lottery funding, together with funding from Cinema First and a number of other sources, Into Film builds on the legacy of FILMCLUB and First Light, building on their experience and success in delivering programmes of significant scale and reach to children and young people across the UK.

• Paddington
• The Lego Movie
• Guardians of the Galaxy
• How to Train Your Dragon 2
• Maleficent
• Muppets Most Wanted
• The Boxtrolls
• Penguins of Madagascar
• The Hobbit: Battle of the Five Armies
• The Amazing Spider-Man 2