The programme for the 56th BFI London Film Festival in partnership with American Express launched today under the new creative leadership of BFI’s Head of Exhibition and Festival Director, Clare Stewart, bringing a rich and diverse programme of international films and events from both established and upcoming talent over a 12 day celebration of cinema. The Festival will screen a total of 225 fiction and documentary features, including 14 World Premieres, 15 International Premieres and 34 European Premieres. There will also be screenings of 111 live action and animated shorts. A stellar line-up of directors, cast and crew are expected to take part in career interviews, master classes, and other special events. The 56th BFI London Film Festival will run from 10-21 October 2012. 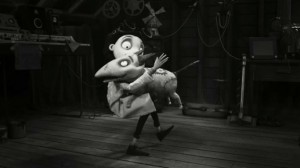 The Festival opens with the European Premiere of Tim Burton’s 3D animation FRANKENWEENIE, whilst Mike Newell’s visually stunning adaptation of GREAT EXPECTATIONS, starring Helena Bonham Carter and Ralph Fiennes will close the Festival, with key talent from both films expected to attend.

Among the highly anticipated Galas is the American Express Gala World Premiere of CROSSFIRE HURRICANE, a documentary celebrating 50 years of rock legends The Rolling Stones who are also expected to attend the Festival. For the first time this year both the Opening Night Gala and the American Express Gala red carpet events and screenings will be screened simultaneously to cinemas across the UK.

Other Galas include the American Airlines Gala of Dustin Hoffman’s directorial debut, QUARTET, featuring an outstanding British cast including Dame Maggie Smith, Billy Connolly and Michael Gambon; and Ben Affleck directs and stars in the Accenture Gala presentation of political thriller ARGO which he also produced with George Clooney. British film directors making their mark this year include Paul Andrew Williams with London-based comedy drama, SONG FOR MARION, which screens as The Mayfair Hotel Gala and features a sterling cast headed by Vanessa Redgrave, Terence Stamp, Gemma Arterton and Christopher Eccleston; and Roger Michell, whose HYDE PARK ON HUDSON is the Centrepiece Gala supported by the Mayor of London, stars Bill Murray, Laura Linney, Olivia Colman and Olivia Williams and is set on the eve of WWII when the King and Queen of England make a visit to see Franklin D Roosevelt in upstate New York. 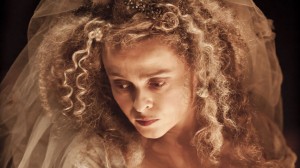 Nintendo Gala THE SAPPHIRES, is an inspirational Australian musical comedy set in the 60s starring comic man of the moment Chris O’Dowd, who appears alongside Australian Idol star Jessica Mauboy; and THE SESSIONS, is a moving drama, based on a true story with superb performances from John Hawkes, Helen Hunt and William H. Macy.

The BFI London Film Festival Awards have undergone a significant change this year by introducing competitive sections that are given much more prominence in the Festival campaign and programme. The Best Film Award in partnership with American Express; the Sutherland Award for Best First Feature and the Grierson Award for Best Documentary will now be presented to the winning films from three programme sections:Official Competition, First Feature Competition and Documentary Competition. Each section is open to international and British films and 12 films have been shortlisted for each Competition.

This year significant changes have been made to the structure of the Festival programme with new focused categories that are clustered around the themes of Love, Debate, Dare, Laugh, Thrill, Cult, Journey, Sonic and Family. With over 200 features screened during the Festival this new approach is designed to help Festival goers find the films that mean the most to them and to open up entry points for new audiences. 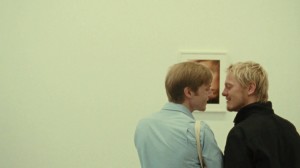 Riveting films that amplify, scrutinise, argue and surprise screen in the DEBATE section and this year’s Gala is the European Premiere of THE PERVERT’S GUIDE TO IDEOLOGY an absorbing documentary sequel to THE PERVERT’S GUIDE TO CINEMA from Sophie Fiennes featuring renegade philosopher and bionic cineaste Slavoj Žižek who also takes part in an ‘In Conversation’ event during the Festival.

In-your-face, up-front and arresting, the films in DARE will take audiences out of their comfort zone. The Dare Gala is Mira Nair’s Venice-opener THE RELUCTANT FUNDAMENTALIST, starring Kate Hudson, Kiefer Sutherland, Riz Ahmed and Liev Schreiber. 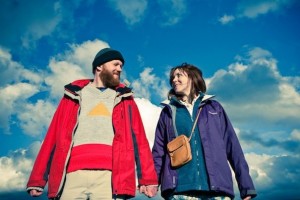 From laugh out loud through romantic comedy to dry and understated – humour in all its forms can be seen in the LAUGH section. A romantic caravan trip quickly descends into chaos when a young couple’s dream holiday takes a wrong turn in acclaimed British director Ben Wheatley’s dark comedy SIGHTSEERS which has its UK premiere as the Laugh Gala.

The films in THRILL are nerve shredders that will get the adrenalin pumping and keep audiences on the edge of their seat; The Gala presentation for this section is the World Premiere of Bollywood action epic CHAKRAVYUH, directed by Prakash Jha who will be attending the Festival.

Other highlights in this section include: controversial Sundance hit COMPLIANCE, Nordic Noir double bill of EASY MONEY and its sequel; the Berlin Golden Bear winner CAESAR MUST DIE and Korean box office smash NAMELESS GANGSTER: RULES OF THE TIME.

The CULT section features films from the mind-altering and unclassifiable, to fantasy, sci-fi and horror. The Cult Gala is the European Premiere of A LIAR’S AUTOBIOGRAPHY chronicling the life of Monty Python’s Graham Chapman through multiple animation styles and featuring Chapman’s fellow Pythons in the voice cast.

Whether it’s the journey or the destination, the films in JOURNEY will transport and shift perspectives.

Celebrated Romanian director Cristian Mungiu returns to the Festival with BEYOND THE HILLS screening as the Journey Gala . The film won Best Screenplay at the 2012 Cannes Film Festival, where actresses Cristina Flutur and Cosmina Stratan also shared best actress award.

Other titles in this strand include: riveting Moroccan drama HORSES OF GOD, Raymond Depardon and Claudine Nougaret’s documentary JOURNAL DE FRANCE, Jem Cohen’s MUSEUM HOURS, Michel Gondry’s THE WE AND THE I and the World Premiere of Marc Isaac’s new documentary about the A5 –THE ROAD: A STORY OF LIFE AND DEATH

Music inspired films and events that will have audiences dancing in the aisles can be discovered in SONIC.

Highlights in the Sonic screening programme include Mat Whitecross’ coming-of-age story SPIKE ISLAND about an Indie band of 1990 vintage, who are determined to see their heroes The Stone Roses; GOOD VIBRATIONS, the biopic of Terri Hooley, Belfast’s Godfather of Punk, which was declared the best Irish film at Galway Film Fleadh earlier this year; and world music is represented with films from Africa and Chile, KINSHASA KIDS and VIOLETA WENT TO HEAVEN.

The Festival is delighted to include two popular events from the year-round programme at BFI Southbank for the first time – BUG and Sonic Cinema, both celebrating the links between music and film. Sonic Cinema presentations include a focus on the Sigur Ros Valtari Mystery Film Experiment featuring premieres of new clips and, in celebration of Warp Films’ 10th Birthday, a special presentation of Shane Meadow’s THIS IS ENGLAND screening with a live score from composer Ludovico Einaudiand and musician Gavin Clark. Regular BUG host Adam Buxton will present a special artist focus with talent to be announced.

The Festival showcases films for all ages in its FAMILY section and this year’s Family Gala is ERNEST & CELESTINE, the delightful animated story of an unlikely friendship between a bear and a mouse from the directors of A TOWN CALLED PANIC. In addition to Opening Night Gala FRANKENWEENIE, there are five other animated features screening in the Festival as well as an animated shorts programme. Three of the family features are hand-drawn films from France, and WOLF CHILDREN is the new hotly anticipated animated title from Japanese director Mamoru Hosoda.

An original and innovative line-up of short films and animation that will enthral audiences young and old make up this year’s SHORTS programme including a dedicated section for younger audiences. Animated shorts for children include THE SANDPIXIES: DA CAPO GEORGE, THE MISSING MEATBALLS and I WANT TO SEE DWARFS.

Short film compilation programmes include Crime & Punishment with films featuring criminals, their actions and the consequences; Blood is Thicker Than Water with films examining interactions and relationships between friends, lovers and families and Obsessive and Compulsive with films that examine far-from-healthy obsessions.

Once again the London Calling section features a selection of shorts from budding filmmakers from across the capital and this year student films from some of the UK’s best film schools will be showcased in Back to School.

This year’s the Festival will present its largest ever series of artists moving image programmes, culminating in the annual EXPERIMENTA Weekend from 19-21 October 2012. In collaboration with the ICA, the Festival will also present several screenings of artists’ films to coincide with the Frieze Art Fair, from 10-13 October 2012. Peter Kubelka’s new work ANTIPHON will screen with ARNULF RAINER in an expanded projection event – Monument Film. Both films will be physically installed on the walls of the BFI Southbank Atrium for the duration of the Festival. The extraordinary presentation of Monument Film in the NFT1 cinema forms the centrepiece of an Experimenta Weekend which is full of outstanding visions. Thom Andersen, Nathaniel Dorsky and Laida Lertxundi return with new films, whilst Mati Diop introduces her award-winning work in London for the first time, and Beatrice Gibson premieres THE TIGER’S MIND. 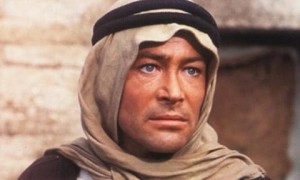 Treasures brings recently restored cinematic treasures from archives around the world to the Festival.

This year’s previously announced Archive Gala is the World Premiere of the restoration of Alfred Hitchcock’s THE MANXMAN at the Empire Leicester Square with a live accompaniment by Stephen Horne. The Gala marks the grand finale of the BFI’s The Genius of Hitchcock project which commenced in June 2012 and is currently screening at BFI Southbank.

Digital restoration can have spectacular results, as shown in, David Lean’s LAWRENCE OF ARABIA, the full length director’s cut of the brand new 4K digital restoration which will premiere at the NFT1 showcasing BFI Southbank’s new 4K projector for the first time. The screening will be accompanied by a presentation from Grover Crisp, who will give a talk about the restoration work. Sir Laurence Olivier’s iconic RICHARD III also benefits from a fully restored print which will be screened at the Festival. Other highlights include silent movie THE SPANISH DANCER, a lavish costume romp with a live piano accompaniment; the BFI-backed revival of Roman Polanski’s TESS; a newly made documentary BERGMAN & MAGNANI:THE WAR OF VOLCANOES screening alongside a restoration of Roberto Rossellini’s VIAGGIO IN ITALIA and the latest restoration by Martin Scorsese’s World Cinema Foundation, AFTER THE CURFEW which is a political commentary on what happened after Indonesia was liberated from Dutch occupation.