After the onslaught of Friday’s and Saturday’s huge events, Sunday was a much more sombre affair. The only things on were 2 screenings held in the Spoutnik Cinema. Both screenings were heavily influenced by Ben Sheppee.

The first of the two was a new selection of work from the pioneering Russian Visual Artists. The screening itself consisted of a number of the most popular videos from their website. The work being very varied from animations from renowned director Ivan Maximov through to new media visions such as ‘Self Burning’.

The animation seen here was very different to the rest of the festival. A lot of it was hand drawn cartoon style. There was some great work, most of it was a very high standard but some portions of the showreel were weak. There was a whole music video just looping a 5 second shot of a woman turning round and flicking her hair. A whole video of the same loop! Admittedly there were the odd dots of lights around the screen here and there – and the final shot changed to some girls in a bath… but, what was the point? 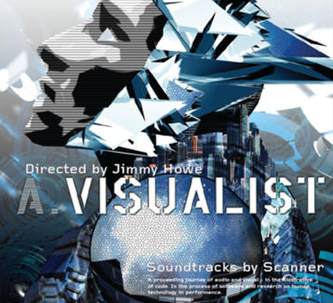 The second screening was for A.Visualist, a new documentary about VJing and VJ culture. It charted some stories of people who have managed to make themselves a career from the visual arts. From full scale live VJ installations, to digital graffiti and musical performance using a range of Apple products.

Directed by Jimmy Howe from Hong Kong, and filmed around the globe it did give a very good feel of the scene. With contributions from Shantell Martin, Edwin de Koning and Bart van der Ploeg (the guys who designed the Resolume software) through to established VJs including D-Fuse.

The main man in the film was Ben Sheppee, head of Light Rhythm Visuals. He made some very insightful points about the future of visuals and video art. He claimed that in the near future all visual artists and VJs will soon be recognised for the true artists that they are. Maybe one day reaching an equal billing to the big name DJs on event line-ups. He made the point that when that jump happens, the people who are out there now producing good work will finally be elevated in status to what they deserve, whilst the people turning up and using Windows Media player for a gig will fade into obscurity… I hope you are right!

Ben is clearly a talented guy and is also one of the team who are pioneering the online course for the Audio Visual Academy. Along with support from onedotzero, The British Council and The French Institute its hard to say anything bad about the project. If you are interested in getting involved in any of the new media arts then check the site out. It is great, it allows you to learn from home – FOR FREE! Once you sign up then you can keep track of your progress by taking a short quiz after each video. This is truly a great site and worldwide too. Fantastic work – the future looks very good for visuals and visual artists.