Empire Big Screen: Interview with the star of Troll Hunter 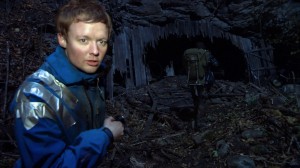 One of the most anticipated screenings of Empire‘s Big Screen was Norwegian ‘found footage’ fantasy TrollHunter. FrontRowReviews along with a couple of other journalists were lucky enough to have a brief word with the star Glenn Erland Tosterud about the film.

FRR: (in jest) I saw Troll Hunter how on earth did you come across such amazing footage? It’s all real right?

GET: Yeah of course it’s real, we just managed to be in the right place in the right time and we just discovered this great guy and these amazing trolls!

FRR: Many people are comparing the film to Ghostbusters, Was this a direct inspiration?

GET: I love that, I love Ghostbusters! I think it sure has been part of the background inspiration of the movie. You know Men in Black, Ghostbusters mixed with Jurassic Park and generally documentaries. You can’t escape the Blair Witch Project either, but that hasn’t really been a direct inspiration, but you know it’s there.

FRR: what about the trolls themselves? What was the inspiration behind them?

GET: It’s all about Norwegian mythology and how we depict trolls in our culture. It’s all the drawings that were made in the 18th century that we grew up with of these huge monsters coming over mountains and encasing people. Or coming through doors and breaking down everything, It’s really like in the movie. It was just trying to push all of this folklore into a modern setting. It was our main aim.

FRR: Thank you for your time

GET: It was a pleasure!

TrollHunter is released on the 9th of September.