Jonny’s EIFF Round Up Part 1 – #edfilmfest 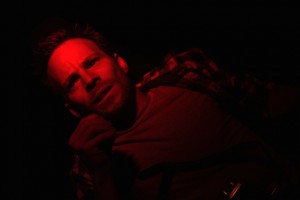 The poor cousin of Rodrigo Cortes’ magnificent Buried, Brake’s protagonist Jeremy Reins (Stephen Dorff) has been kidnapped and locked inside a plastic box. He is a secret service agent from whom his captors wish to extort the location of the president’s bunker. Gabe Torres faces the challenge of holding audience’s attention for 90 minutes within the confines of the box but Brake gets more ridiculous every second closer its literal ticking clock gets to zero and a new punishment is brought upon Reins. While reasonably entertaining, Brake is filled with coincidence after coincidence showing all the hallmarks of poor writing. There is no escaping the contrived plot, the twist of which is signposted throughout and is certainly not worth waiting until the end to see.

Lars (Thure Lindhardt) is a formerly successful artist desperate to recapture his old form by moving out to the Canadian countryside. He takes on a teaching job but becomes a superstar among the locals. Unfortunate circumstances end up with Lars taking in the son of a wealthy parton, Eddie (Dylan Smith), who is a mute. Eddie has a dark secret, one which Lars must unlock to reinvigorate his career.

Eddie… proves once again that Scandanavian comedy translates very well into Britain and with a touch of North American humour this surreal and dark tale is something that is unlikely to disappoint especially if you are intrigued by the title. Not only is this a gory and comical romp but director Boris Rodriguez shows true promise with some Kubrick style imagery. The blank canvas in Lars’ house stares at him in full frame, menacing and silent it looks like something from The Shining. Haunting and funny, Eddie is an excellent addition for some lighter relief at the EIFF.

Papirosen is a delicate and personal documentary from Gaston Solnicki, an Argentinean of Polish descent. He began the filming the day 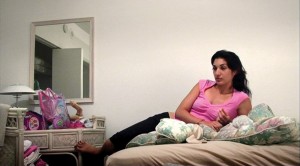 his nephew Mateo was born and has continued to document his family ever since. He explores his father’s emotional search for his origins. Solnick’s film moves at an achingly slow pace and this is compounded by a lack of connection with his family killing any chance of sympathy, a strange occurrence considering the intimacy he is allowed. Despite this Solnicki has a good eye for the camera, seen in moving scenes between his father and nephew on a ski chairlift and a beautiful homage to the ghost train shot. This never makes up for the lack of sympathy for the characters leaving Papirosen underwhelming. 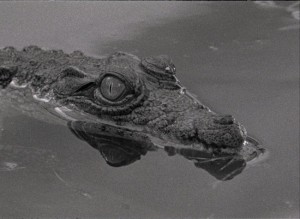 After great success and critical reception at the Berlinale it is a great coup for EIFF to capture Miguel Gomes’ Tabu to screen this year. Gomes is a former film critic and thus has a deep understanding of film and a focused idea of what his ideal film would look like. His film is at once homage to old cinema and at the forefront of innovation. Telling his story in two parts using poetic narration, strange and symbolic visuals but also the film is black and white and in the 4:3 aspect ratio shows how immersed in the world of film his piece is. At heart it is a simple love story but some of the imagery may confuse or elude many viewers. Gomes explained to me the perplexing inclusion of crocodiles throughout is that “crocodiles are ancient; they have been around forever and remember things.” This gives a sense of the lofty ambition of the film, not for everyone but for cinephiles and challenge seekers.

The Search for Emak Bakia

This film follows the story of the search for a house in which Man Ray filmed his cinepoem of the same name. Through images which are almost direct substitutes from Man Ray’s film and captions explaining the chance and fate of his journey, Oskar Alegria constructs a tedious and unworthy film. There is no central coherent journey and the film often feels disjointed and removed. Alegria is clearly passionate about the subject but fails to convey this passion meaning his film may not further interest in the artist which would be somewhat of a crime. 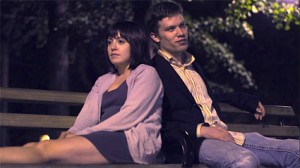 A film about incest of course conjures images of dark uncomfortable moments but this film could not be further from that. It in fact takes a simpler, albeit sluggish look at incest without the shock value. This method does leave the film a much more enjoyable prospect having left the cinema as it creates many discussions of its theme in retrospect. Director Dan Salitt has made his film a difficult watch for its snail’s pace narrative, although a  film about incest could never be easy to watch, its not for the reason you would assume.

Suffice it to say that I agree with everything Nat had to say about this particular film. It is a difficult subject, the battle against age and Alzheimer’s disease but it should not be so difficult to watch. Richard Ledes camerawork leaves a lot to be desired as his constant need to move around and change focus only comes together in a very intimate seen with the entire family singing in the bedroom, a scene in which he builds considerable emotional intimacy with the characters. Elliot Gould and Fred Melamed excel but for the rest of the cast it is the sorry verdict of could do better. Forced dialogue and inconsistent an inconsistent plot exposes a hollowness in Fred that needs to be filled in order to give the subject matter more emotional weight.