Some people are fortunate enough to find a calling early in life, realising a certain prowess during their schooling or thereafter. Others never find something they would describe as a calling, no form of career or work ever grabs hold of them so strongly it is impossible to let it go. Then there is another group, those who find a hidden talent by pure chance. Eirene Houston belongs firmly in the last group. She admits herself that many writers follow strange or un-trodden paths to reach their destination and Houston’s is no different. Sitting down with Houston I learnt about her journey to become a writer and her career so far.

Houston began as a school teacher, a career she invested heavily in and enjoyed immensely. She always had many outside interests however, and one of those was an amateur band in which she was the singer and songwriter. As she developed her song-writing from being metaphorical to containing narrative Houston found a love for playing with little stories in her songs. Encouraged by friends, and success in a couple of magazine competitions, Houston explored her writing capabilities by writing a short play and a ten minute film, sparking an interest in story-writing. 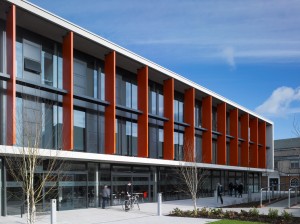 The National Film and Television School

Fate urged Houston further down this new path when two of her friends independently sent her an email containing the application forms for the National Film and Television School; they thought she had the talent to turn her hobby into a career. Pushing past the shock that people thought she was up to it Houston applied for the prestigious school. Despite lack of experience her skills were sufficient for admission to the NFTS. As was typical in NFTS, Houston acquired an agent while in film school and sold her first screenplay the day after her graduation.

A path was quickly becoming clear for Houston and her first big TV job came just a year after her graduation. She considers BBC’s This Life to be the best job she had on TV. Writing for This Life gave Houston remarkable freedom. “I loved writing for them, they pick you because they think you are good and they just let you get on with it.” says Houston.

Moving to Eastenders meant an even more difficult challenge to keep the quality of a long running show at its peak. Taking almost three months to write a half hour show was galling but enjoyable. She is proud of the work she did. She worked with many other writers on the show, one of whom said in the ten years he’d worked there that it was the best period. The business is cutthroat however and a drop in standards from the addition of new staff meant that jobs were cut without as much as a farewell bouquet. In such a competitive environment job security is minimal. Houston enjoyed learning the discipline, trying to keep with the theme of a show but inserting your own voice into it so that it may be recognisable.

Jobs at A&E and Monarch of the Glenfollowed. With the former, Houston got the chance to work with some great people. On the latter, 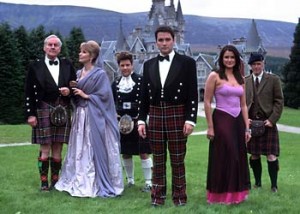 Monarch of the Glen

Houston realised how difficult TV writing could be. “It was tough” recalls the writer, “you wouldn’t imagine because it looks quite a light show but people would get sacked left, right and centre.” Television proved to be a mixed bag of experiences for Houston but one that left her ultimately satisfied. Although TV was always something she enjoyed she deeply desired to see her work on the big screen.

Houston has been influenced by many of the films that she watched on Sunday afternoons on the BBC, a tradition that is sadly no more. She began writing about familiar things, like the schoolchildren she had been working with and this has remained her ethos and strength throughout. Finding she had a head for dialogue meant that what is often considered the most difficult part of writing came more easily to her. Reading screenplays helped Houston immensely, focusing on what would help her work become stronger. Of course the tutoring at the NFTS was an incredibly important part of improving. She believes strongly, after her experiences, that writing is not something one can learn, but more a feeling or a desire to put pen to paper or fingers to the buttons of a laptop to begin a process that is frustrating but vastly fulfilling.

Many of her friends considered her brave to make such a bold move, to give up so much for something so uncertain, but in Houston’s 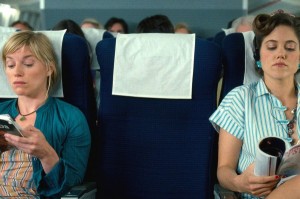 Day of the Flowers

mind there was no alternative. Houston recalls how she worried about her ability to be a success; these kinds of thoughts can cloud ideas. The ability to vanquish any uncertainty was important to her. Now as an accomplished writer doubts can seep in about the continuing quality of her work but as a beginner in the field Houston knew there was no room for disbelief in a mind full of ideas. Confidence has played a significant part in Houston’s career. She knew that she would have to believe she was good enough to make writing her career as attending the film school would mean quitting her job as teacher. Her conviction seems to have paid off with her latest screenplay Day of the Flowers being made into a film, the first time she has achieved this in her career. Houston is extremely proud to have made a film about women who seek to find out more about their family by visiting Cuba, something that is extremely personal to the writer, having visited Cuba many times.

Over the years Houston has written a lot of original work and much of it has been sold but nothing had made it on to the big screen until now. Film is a competitive business with writers having very little control in an industry dominated by money. Though she has taken many knocks she insists this has only made her tougher and more open. Day of the Flowers marks a high point and hopefully a new beginning for the writer as she finally sees one of her own visions made into a film. With bundles of her own ideas queuing up in her mind, interest has been shown but Houston has not reached the stage in which she is a bankable talent. Hopefully with its screen debut at the Edinburgh International Film Festival and its subsequent national release, Day of the Flowers will change all that.