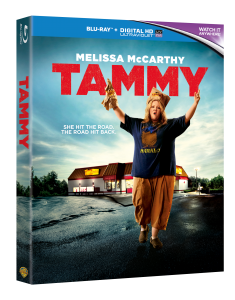 QUESTION:  Every single person I’ve talked to said the reason they were doing this movie is because of you.  How does that make you feel?

MELISSIA MCCARTHY:  I don’t even know what to say to that. I look at the cast that we got for this movie, and I know a day didn’t go by when Ben and I didn’t just meet in film and look at each other and go “Oh my God, look who’s here, this is crazy.”  I don’t know how the stars aligned like that, but I’m certainly glad it happened, because every single one of the actors that we were lucky enough to have took what we wrote and elevated it.  They all are so good at what they do — they made it better, they could improvise in any situation and it always stayed grounded and stayed real. They made it funnier and they made it sweeter. Just to watch that happening every day, you just think “Oh, my God, I can’t believe this is real.”

QUESTION:  It was really great to watch. I have to wonder — you co-wrote the script.  How do you come up with these ideas?  You put yourself into some crazy circumstances.

MELISSIA MCCARTHY:  Yeah, I love to throw myself around, apparently.  But Ben came up with the initial idea. He came downstairs — we worked on it for five or six years before we started shooting it.  He came down — this is before Bridesmaids, before anything. He had a dream.  He was still all groggy and he said, “I had a dream, you took a road trip with your grandmother and she drinks and she sleeps around and I’m going to write it.”  I was, like, “What?  What are you dreaming about?” We kept talking about it…he next day we were still thinking about it, and then a week later, we had expanded the story and we we’re still talking about these characters. Now there was Lenore, and now there was Susanne. It just kept growing and next thing we know, we have an outline.  We’d been talking about these people and this trip for so long that I thought “We can actually do this.”  Then we worked on it for a long time.

QUESTION:  You’re fairly well known for your physical comedy. There’s a lot of stunt work involved in this picture — you did most of the stunts yourself?

MELISSIA MCCARTHY:  I did a lot of stuff myself, I also had a great stunt woman that helped me out, but I was really like, “As much as I can do, I like to do myself” — up to a certain point. If it’s possible for me to do it, I do like to do it. Also for the audience, it’s nice when that’s really the person, there’s something to that.

QUESTION:  The scene when you are on the car and then you fall off, I almost fell off my seat. That was really funny. I couldn’t do that.

MELISSIA MCCARTHY:  That was a doozy.  It’s like, “Well, it’s going to happen”, so you have to just let it.

QUESTION:  It’s really great.  The thing that I didn’t realize going into the movie is that there’s a romance and while there’s a lot of wild humor, there’s a really nice heart to the film.  That romance and that center really makes the film a success. Can you talk about that?  You play these crazy things but you get really real.

MELISSIA MCCARTHY:  Well, it’s my favorite comedy– or maybe it’s my favorite story and movie in general. I think you have to have a good mix of things.  I think you have to root for your characters and to really love them and want them to get up and do better.  You have to watch them fall, and the more real the fall is, the more you root for them to get back up.  So if you keep everything, I think you can have these eccentric characters. To me, it only stays funny and it only stays true to the story when it stays in reality.  I think if you tip over that line, you get the eye roll and–and you damage everything. You damage the sweetness, you really damage the comedy. I always think things are funnier when they stay really real. It’s the story we wanted to tell, we didn’t worry too much about, like, “Is this a straight comedy?” We just said “Let’s just tell the story how we want to tell it.”  It worked out just the way we wanted.

QUESTION:  I think it really worked– I got choked up a bit.

QUESTION:  I thoroughly enjoyed it.

MELISSIA MCCARTHY:  Oh, I’m glad.  Strangely–I’m glad. (LAUGHS) Because I love those characters.  The first time we had a big screening and I saw people getting up sad and people crying, it meant a lot to me, because I loved those characters so much too.  I was glad other people connected to it.

TAMMY IS AVAILABLE ON BLU-RAY AND DVD FROM 10TH NOVEMBER