Jump Cut Jeff is an inventive short comedy about how some films can get in your head and monkey about.

The film follows two old friends who go to see Jean-Luc Godard’s Breathless. Their opinions are split: Dave, an irascible, unapologetic fella, is unimpressed and vocal in his disapproval. Jeff, a more sensitive soul, is floored by the experience. The impact on Jeff is irregular, to say the least. He finds himself jump cutting like the movie stars he’s just seen but, unlike them, Jeff notices these strange lurches in time. Jeff’s world is out of whack but Dave remains blissfully oblivious. As Dave and Jeff go for a drive and then a game of pool, Jeff’s jump cuts escalate as he embraces this strange new world.

I’ve made 15 short films, usually for pennies, always trying to get in the characters heads, to be playful, surprising and sometimes funny too. Previous shorts have included Mechanically Recovered Chicken, made for 47p, screened at the ICA, Prince Charles and Curzon Soho cinemas; Teddy Goldblatt, a cut-out animation that received Film London funding and was nominated for the Grand Jury Award at the prestigious SXSW (South By South West festival) in Austin, Texas; and Toes, selected for the BFI London Film Festival and Upshot (a showcase for emerging film talent). Jump Cut Jeff was a chance to work with professional actors and crew, to shoot on black and white 16mm film and use the magic of in-camera effects (such as stop-motion animation and sped-up shots) to create a distinctive short film. 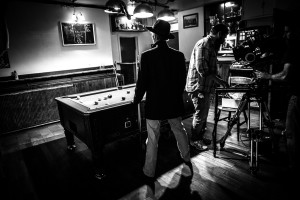 We’ve assembled a great team for Jump Cut Jeff. Jeff is played by Nicholas Day, whose film credits include The Wolfman and The Golden Bowl; TV includes The Take, The Lakes and Minder along with numerous theatre credits at the RSC and National Theatre. Dave is played by Nigel Cooke, whose credits include Wolf Hall and upcoming Netflix series The Crown (from screenwriter Peter Morgan and director Stephen Daldry). Nigel’s many theatre credits include playing Atticus Finch in the Manchester Royal Exchange award winning production of To Kill a Mockingbird. Jose Ruiz is our Director of Photography whose recent credits include the soon to be released documentary Chuck Norris vs Communism which premiered at the Sundance Film Festival. 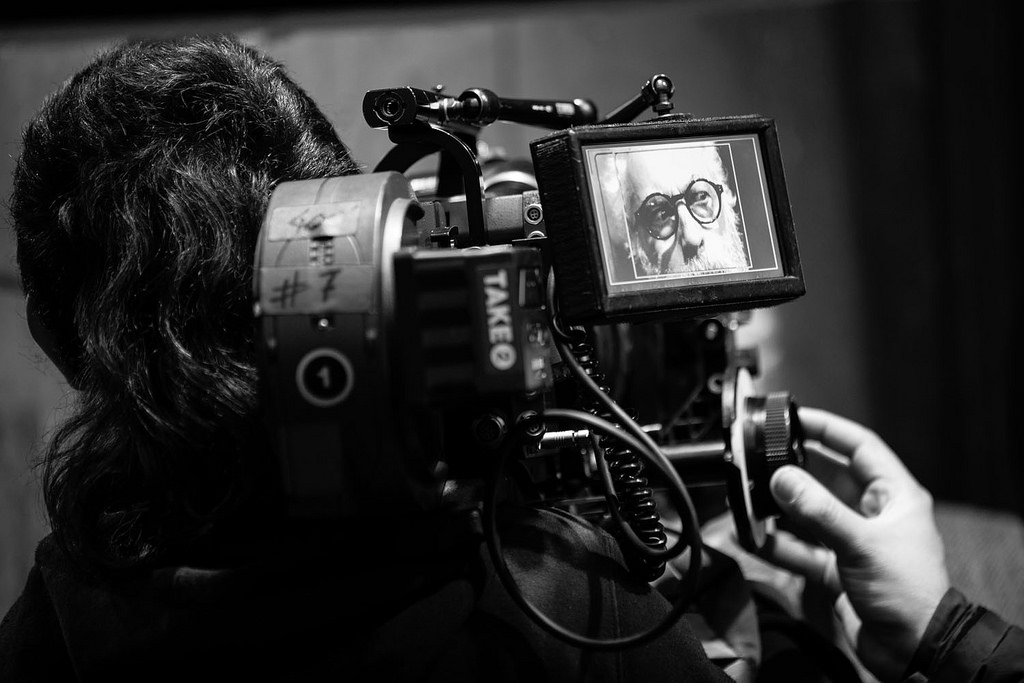 Making Jump Cut Jeff means having a professional cast and crew, pricey black and white 16mm film, kit, lighting, a car scene and a three day shoot.  We’ve got the rushes back, so we know what we shot looks great. Unfortunately, finishing the film doesn’t come cheap. So we’ve launched a Kickstarter campaign to raise the funds we need. With our track record and your support, we can get Jump Cut Jeff to the next stage. We’re already over a third of the way to reaching our goal. Small amounts can make a big difference or for those who want their name on the big screen you can become our Executive Producer. To be a part of this project, help independent inventive home-grown cinema, and pick from a selection of rewards, go to the Jump Cut Jeff page on Kickstarter.

A preview of ‘Jump Cut Jeff’

Support this project on Kickstarter

Behind the scenes stills courtesy of Ben Meadows