If You Liked… Midnight In Paris

Many are hailing Midnight in Paris as Woody Allen’s return to form (in spite of the positive critical reception of Vicky Christina Barcelona, which won acting noms at the Oscars), but even without the surprise of seeing a good Woody Allen film again, this is an immensely charming tale with a great lead performance and some really interesting things to say about writing, the city of Paris and living in the past. It’s also pretty funny, and filled with amusing cameos from famous artistic figures of the 1920s. Whilst the constant shoehorning in of these people (TS Eliot has a blink-and-you’ll-miss-it mention) it’s difficult not to be won over by the whimsy and wonder of Allen’s Paris. If you enjoyed it as much as this writer did, here are some other films to check out.

This is perhaps the most obvious choice. Much of Midnight in Paris revolves around Owen Wilson’s writer Gil romanticising France’s famous capital. His Paris is a near-magical source of creativity, bursting with life and is a work of art in and of itself. Such enthusiasm for the city is infectious, we want to believe that Paris is exactly like that. Jean-Pierre Jeunet is one of the most successful directors in rendering Paris in such a light, and his wonderful film Amelie is shamelessly romantic in its portrayal of the city.

Using a colour palette of greens and golds to stunning effect, the streets positively glow here – this is a far cry from the violent, racially divided city of Matthieu Kassovitz’ La Haine (which is possibly closer to a ‘true’ Paris). But this blatantly poetic depiction of one of Europe’s finest cities creates something that, whilst pretty much wholly unbelievable, is really rather beautiful. It’s likely that if you are reading this you’ve probably already seen Amelie, but its blu ray re-release is surely a good reason to check out this gorgeous film once more or for the first time. 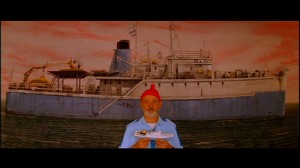 One of the biggest revelations of Midnight In Paris is that there is a lot more to Owen Wilson than poor rom coms, even if he is always the best thing about them by a long, long way. But amidst all the You, Me and Duprees and the Hall Passes, he has actually already shown that he has some serious acting talent, this being most notable in his work with Wes Anderson. Whilst he seems to play a familiar character in each of film he’s in (chilled out sorta-loser), he never fails to bring his all.

He stands out from the crowd in The Royal Tenenbaums by a long way, and his bandaged, wounded performance in The Darjeeling Limited really is something special. However it’s as part of an ensemble in this, The Life Aquatic with Steve Zissou, that he really gets a chance to shine. Surrounded by great actors (both comic and not) and spurred on by Anderson’s unique directing sensibilities, Wilson is charming, funny and empathetic in the role of Steve Zissou’s long lost son. The Life Aquatic… also contains an offbeat rhythm and flights of fancy that wouldn’t feel out of place in Allen’s latest.

The work of Man Ray, Luis Buñuel and Salvador Dali 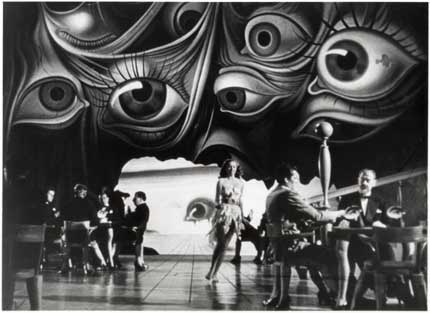 Adrien Brody has one of the best cameos of the year in Midnight in Paris, as a rhinoceros obsessed Salvador Dali, hanging out with his two friends Luis Buñuel and Man Ray. If you want to be au fait with the references to the 1920’s art scene made frequently throughout the film, you could do worse than checking out the films that these three were involved in. The surrealism movement, famous for bizarre imagery, disorientation within shots and a frankness about sexuality, has had a lasting impact on cinema so for those with an interest in film history these are essential works to watch.

Buñuel was a very prolific filmmaker, famous for such films as The Discreet Charm of the Bourgeoisie, L’Age D’Or and Belle De Jour. His most iconic work, however, is probably his short film Un Chien Andalou, filled with surrealist imagery that confounds and disturbs. It’s not for the squeamish though. Man Ray’s film A Return to Reason (surely an ironic name) is even more disjointed, with the screen occasionally filled with the visual equivalent of white noise. It’s only a couple of minutes long, worth the watch to be rather confused, and it might just help get to grips with modern surrealists like David Lynch. Dali, more usually associated with paintings than film, collaborated with Buñuel and others, as well as creating the vivid dreamscapes seen in Hitchcock’s Spellbound. Although made in the mid 40s, it carries all the haunting hallmarks of 20s surrealism, and as with all the films discussed here, is a fascinating entry into film history.