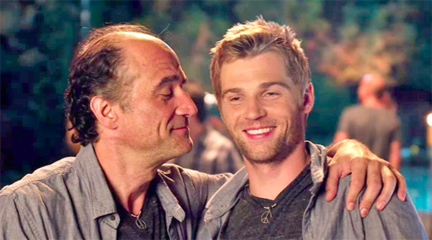 Recently at Raindance Film Festival, we managed to catch up with Jake Squared star, Elias Koteas (Shutter Island, The Curious Case of Benjamin Button) to chat about Howard Goldberg’s Jake Squared, a project close to his own heart.

JAKE SQUARED (written, directed and produced by Howard Goldberg) by follows Jake, 50, who sets out to make a movie. He hires an actor to play himself and throws a big party, but everything soon spins out of control as different and unexpected people show up. Old loves are there. New loves are there. His dead father, his mother when she was young, his kids, his ex-wife. Even his younger selves, Jake at 40, Jake at 30 and Jake at 17 are there too. And every one of them has tons of advice on how to fix his life. Jake’s head reels as he staggers through what’s either a mystical experience, a nervous breakdown or both.

1. How did I join the project?

Howard Golderg who’s been a close friend going on twenty years, asked me to read a script that he had written. I couldn’t put it down.

2. What does it feel like having Jake Squared’s world premiere at Raindance Film Festival?

It’s important because it’s Europe’s largest and leading independent film festival. With over 300 films from 51 counties this year! It’s also a bellwether festival, in that lots of other festivals and many distributors watch to see what will be playing there. And, it’s in London! It’s  one of the artistic and intellectual capitals of the world, which brings a very knowledgeable and discriminating audience of movie lovers.

3. How did you prepare for the role of Jake?

My whole life prepared me for it.

4. In what ways did you differentiate between playing Jake across three different ages? 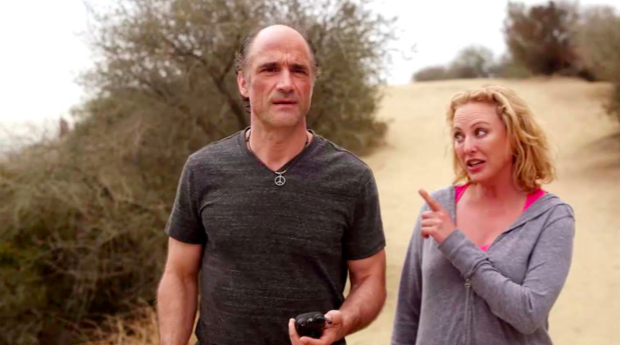 A hope, a prayer and a whole lot of help from the editor. I didn’t think about it all that much really. Of course, I can go into all this stuff about what Jake may have been feeling during these different times in his life, what he may or may not have been aware of etc… Sometimes all it takes is putting on their shoes and playing, letting your instincts rule the day.

5. The film can be explained in several ways I think and it discusses a lot about what makes us human and what makes us love. How did you interpret the film?

I love what you said in your question. That’s beautiful! It’s all that!

6. What was it like working with the incredible cast of women in the film and having to act a different relationship with each of them?

Every day a lesson in humility. Virginia Madsen, Jennifer Jason Leigh, Jane Seymour, Meredith Salenger, Gia Mantegna, all gifted and soulful women who represent defining and teachable moments/relationships in Jake’s life. But beyond the film and the roles they play and to see them as people, and as mothers, daughters, wives, girlfriends, whatever. And because I had the privilege of working with them, I believe I am a better man and the film is much richer because of their grace. One cannot spend any amount of time being open and vulnerable working with such talented women and not be altered for the better by it.

7. What was your relationship with Mike Vogel like on the set, especially as he was an actor playing you?

Mike was terrific. A standup guy. Smart and really funny. Gracious. A genuine family man. I marveled at the ease in which approached his scenes. Lucky to have him.

8. You have worked a lot in television; reoccurring and guest starring in popular shows. Do you find working in television and film drastically different?

Usually film is a director’s medium and with television the writers run the show. Then there’s the challenge of having to put out what essentially is a movie every seven to nine days, so that creates its own pace. Although films can have a quick shooting schedule you’re really working on one story over a few weeks, months or whatever. The challenge is adjusting and being ready to play. 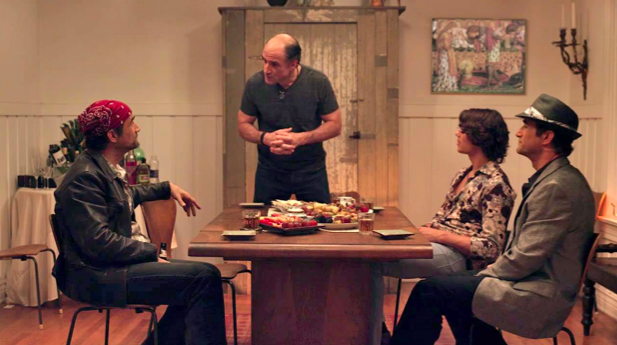 9. The director/writer, Howard Goldberg has a subtle Woody Allen Jewish sense of humour within the script, how was working with his script?

I didn’t see it in any way other than it being a good and clever story. To me Jake’s journey is pretty universal and crosses many cultural lines.

10. What was the feeling on set when you were filming?

It was a blast. Howard created an environment that was inclusive and open to all ideas. He assembled a group of talented people who were passionate about the script and felt they had something the bring to it. Then he let everyone do what they do best. There’s something priceless in running the show with a gentle guiding touch. It brought a harmony to the set that made work not feel like work. Everyday was a blessing. Living a dream. It was over in a blink of an eye!

11. Jake spends most of the film in a state of self-reflection; how do you self reflect?

Stare off into space a lot. Take long drives, a walk …. When that fails, drink heavily. Just kidding.