’88 Films presents a selection of rarest, greatest and cheesiest 80’s and 90’s slasher films all remastered for your appreciation…. if you dare! 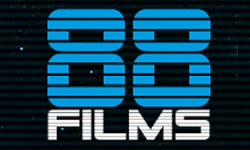 For Halloween I have decided to focus on an amazing series of films released by 88 films, The Slasher Classics Collection. Firstly the label and if you haven’t heard of them, let me tell you about them. 88 films sets out to construct a film landscape that delights and excites its audience. They have set out to do this by releasing films that are cult, forgotten and above all are very extraordinary discoveries for the film lover and amazing rediscoveries for film fans of genre and cult films.

The Slasher Classics collection is the stuff of dreams for genre film lovers (and for people of a certain generation like me, the stuff of childhood nightmares). Displaying everything from the delights of murder sprees in drive ins, nail gun maniacs, Ancient Egyptian monsters, Evil field ornaments, Mothers on the murder, reasons to avoid the outdoors and much more! These are films from that appeared on lists of all time favourites to video nasties DPP lists.

The complete series titles are below but for this I will focus on the best of the bunch and five that live up to the labels expectations. Firstly – 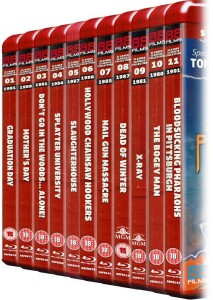 Rarest = NIGHTMARES IN A DAMAGED BRAIN

When a crazy man escapes from a mental institute, all we know about him is that he has wild nightmares of death and murder. Dark, sleazy and unsettling film that build up to a delightfully disturbed ending. It was also a very difficult film to get hold of in the uncensored version available here. You often had to go to the US and then had to avoid a frankly awful version that was cut to shreds. Once seen, never unseen, this is the DPP favourite slasher. Buy it now!

The abusive boyfriend of a former parents relationship, comes back to kill from beyond. This might have also been a fave of the DPP and the video nasty crowd but this convention driven film is also a weird mix of supernatural and slasher. Absurd and an obsession of mine, this is the Halloween film to watch if alone at home and next to mirror. I had nightmares

and I can certainly guarantee you will too!

Cheesiest = Going to the movies could never be as shocking, as when a serial killer sets out on a killing spree! Before the slasher became the main staple of cinema goers diet. Carpenters Halloween built the genre and made it the horror film centre but this film came before, has great scenes of death and is as hammy as a pig. Great fun to watch with a crowd but be prepared it is a blood soaked kinda night!

An ancient cult, a woman that loves hacking bits of bodies and the pairing of a hard bitten cop and a strangely obsessed woman, set out to stop the deaths and learn the secrets of the Pharaohs. Its a gem of the satirical kind. Swipes at Horror, Hollywood, modern political groups and the rich and powerful. This is the sort of film that would have been made in Britain during the 80s satire boom but needed the American eye for gore filled, blood drenched love. Porn star Veronica Hart makes the film seem even more tongue in cheek as the sexy killer. Amazing! 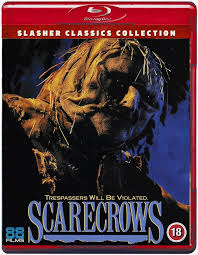 Rob a million and fly it out to the sticks. Take it into the mists of the land and disappear forever. I loved this merge of the film noir, horror, bank heist drama and low budget kills. It was as if Wesley (the films director) was unsure as to what he wanted to make and just said it was fine I will make all three genres in one and add in the crazy tech and killer creatures. Great cinema for the cine lover but also a hell of a lot of silly dialogue for the film comedian. 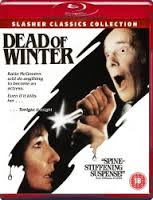 A young actress is drawn into a world of a sick man and his man servant. Both have secrets and desire, both are killers in the mist. Amazing film making with the greatest use of composition and space. Then you have three actors that play of the body as a tool of performance, with the tender and sexual in frame. Subtle but also unsettling both by the use of sexual tension between all three and the final twist shock of who and why. This is the best of the bunch for me and a most worthy addition to a film collection ever.