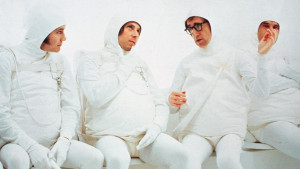 Woody Allen changed the way comedy was handled on the big screen for many. This collection looks at his transition from straight faced satire like Bananas (1971) through farces such as Everything you wanted to know about sex but were afraid to ask (1972) to his cultural commentary films like Sleeper (1973), Bergman inspired films like Love and Death (1975) onto his Academy award winning Annie Hall (1977) filled with middle class anxiety, fear and loathing. Devices he use even to this very day. 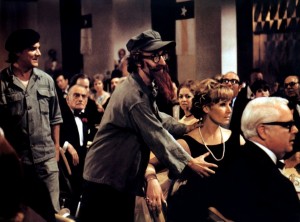 The set compromises of 7 films and befitting a film maker like Allen it is only fair to look at each and explore the discs and films . Bananas (1971) opens the proceedings and is the great satire on the state of political chicanery in the cold war world. Biting in its wit yet funny enough to cross a range of viewers this is a stand up masterpiece. Sadly the disc has a bare bones approach but the film looks grand compared to the DVD release which looked a little tired and worn out Film 9/10 Blu 4/10  The second disc is Everything you wanted to know about sex but were afraid to ask (1972) is a naughty little gem of a film about the body and the act which was never discussed but always obsessed about. Allen is clever enough to rip at the cultural, social and political uses of sex but also to keep it balanced to a range of the viewing public. The film has been upscaled and looks grand but again few additional extras of note. Film 9/10 Blu 4/10 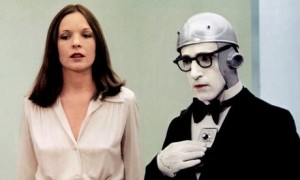 Sleeper (1973) is the next film on the list and in the set. It is a wonderfully enlightened look at what it is to be human and what it is to be. The future comedy is subtle but no less biting, the feel of the piece is sharp and still strong enough to keep an audience in rapture to it. Disc looks okay, film also looks good. To be honest I loved the DVD version and this hasn’t jumped over that. Film 7/10 Blu 4/10.  Next is Love and Death (1975) which is a reflective look at the time of the Russian classics. Spoof of the order that make modern comedy films feel empty by comparison. Discs again are vanilla enough. Film 8/10 Blu 4/10. 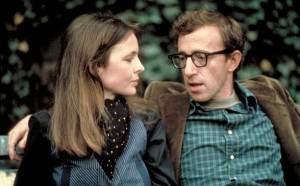 Annie Hall (1977) won best picture instead of Star Wars…thank god. It is not as good as it once was or as insightful as it might have seemed but it is a film that proves Keaton is a great performer and Allen can script with care and consideration. The direction is magnificent and controlled for Allen gives us a human piece with laughs. Film 8/10 Blu 4/10. Interiors (1978) could have been Allens greatest film. It is a very personal one and a fine series of performances excel the film. It moves away from Allens previous films and defined his later work like no other film here. The disc is again empty but the film is full. Film 10/10 Blu 4/10. 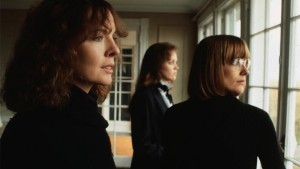 The addition of a 100 page book that has some excellent work on the selection and the great director is a stand out that will make up a little for the bland discs. Calling out the Kat Ellinger, Michael Brooke and Brad Stevens pieces as it is excellent and is well worth the time and money to explore….Extras 6/10. 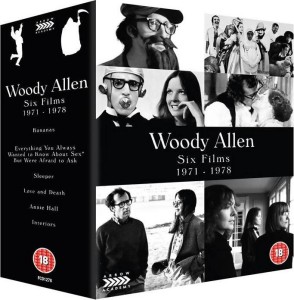