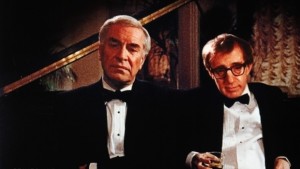 This collection of Woody Allen’s films from 1986-1991 features some of his best known and most complex works. From his family portrait of the lives of New York’s elites in Hannah and her Sisters, to the emotional shattering Alice, to the homage laden Shadows and Fog these are the films made for any Allen fan and anyone that loves cinema of the highest order. Funny, horrifically truthful, blackly comic, savage in analysis and emotionally unresolved in many places, this is Allen for the fan. 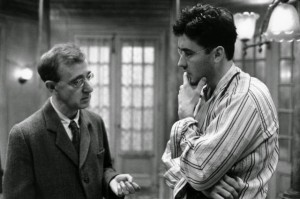 This is Arrows third box set and should be labelled as a collection of some of Woody Allen’s darkest film’s. The stand out piece is of course Crimes and Misdemeanours. It looks great, songs wonderful and has the strength of Allen at his finest. The ending still holds resonance in its complexity, a rare trait for a film. Hannah and her sisters is the next best thing in the set but sadly we did not get a review disc so I can only say that the film is excellent but not what has been done to it by those great guys at Arrow. Joint Third in the set then are two of Allen’s most reflective films Alice and Shadows and Fog. 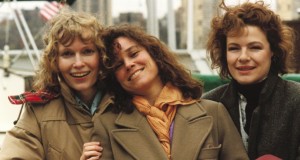 Alice is a sort of modern fairy tale but with humour and satire abound. Mia Farrow excels as the woman in a loveless marriage, who is in love with another and then exposes this love to a third person. Shadows and Fog is (obviously) a German expressionist homage that is also a wry send up of the world even now. The exclusions of people from other walks of life, the exclusivity of being a person with skill and the weird reality that we all live under. Both are about Allen and his feelings toward his art. Both look great with HD transfers. 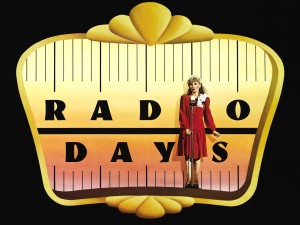 September and Another Woman are the two films that middle the set. Both demand viewing but are not as good as the prior films with September being a theatre piece for the Chekhov and Bergman audience. Another Woman finds Gena Rowlands on fine form but with Allen slightly off in this comedy drama. My personal fave but film often giving a rough ride is Radio Days. A delightful coming of age drama about youth, Jewishness and the problem of never having the chance to fit in or fall out. Great cast, direction and script but treat unfairly by all and sundry on release.